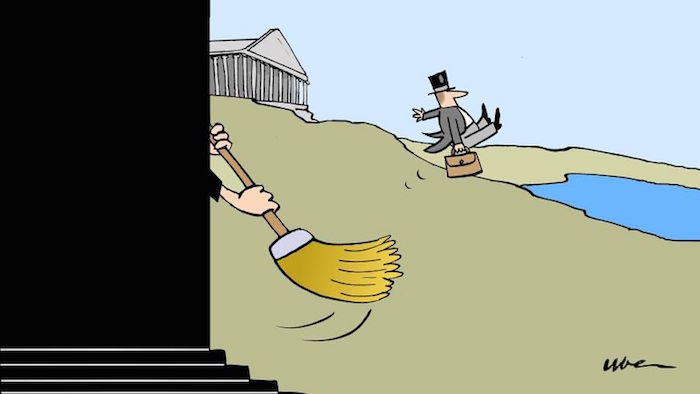 ‘A general moratorium on the Greek debt’

Five years ago, the unemployment rate and public debt levels were the same in the eurozone as in the United States. Attempts to reduce deficits too quickly led to recession and, in turn, increased unemployment and public debt. The priority today is to renew grown.

For the author of *Capital in the Twenty-First Century, “there can be no sustainable solution to the Greek crisis without a fundamental rethinking of how the eurozone is organised.” Pinketty prosposes to replace deficit reduction with “a political and democratic choice” over deficit levels, as well as a common corporate tax, but believes establishing these would require a “Parliament of the eurozone”.

The French economist says Greece currently runs a deficit only due to interest payments on its debt. “The Greeks could therefore impose a general moratorium and finance their spending alone,” following the example of Germany, whose debt at the end of the Second World War was greater than 200 per cent of its GDP and was never paid.

Pinketty also proposes to “pool the public debts of the eurozone that are superior to 60 per cent of GDP, to allow all countries to benefit from a low interest rate”.