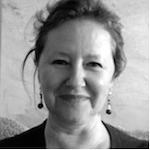 In the aftermath of European elections that saw progress by environmentalist and liberal forces, and the far right, the time has come for solutions, proposals, transnational projects and a most needed democratic renewal.

Another Europe has emerged from last week's European elections: it’s now clear that citizens care about politics, and that the forces fighting for the future of Europe are very much alive and kicking. Compared with previous European elections, turnout increased considerably in 20 of the 28 member states (50.2 percent, as opposed to 42 percent in 2014). Young people voted in large numbers, and were the driving force behind the green wave which dominated the election in many countries. The school strike for climate, led by sixteen year-old Swede Greta Thunberg and involving massive protests by hundreds of thousands of young people across the continent, sent a message to older generations and politicians, and this message has translated into undeniable electoral power.

In certain countries, such as Finland and Ireland, green parties obtained historic levels of support. Die Grünen, the German green party, doubled its votes and came second with more than 20 percent. Greens caused a shock in France too, reaching third place with 13.47 percent for Europe Ecologie-les Verts. The British Green Party received 11.7 percent of votes, pretty much as did the the greens in Sweden (11.4 percent). In all, 69 green MEPs will have seats in the new Parliament, as opposed to the current 52.

At the same time, traditional political forces – social-democrats (with the notable exceptions of Spain and Sweden, where they generally came out on top) and conservatives (Les Républicains in France and the Tories in Britain, trampled by the Brexit Party) – suffered a withering blow. While national balances of power have been upset in certain cases, a reconfiguration of alliances is already underway in the European Parliament, given its fractured composition.

Moreover, while ruling governments led the vote – except for France, and Austria, where chancellor Sebastian Kurz was turfed out the after the elections – the dominance of the big parties is clearly coming to an end.

Of course, a huge proportion of people, almost one European in every two, didn’t bother to vote. And of course, there’s the crushing victory of illiberalism: 52.3 percent (13 seats) for the ruling Fidesz in Hungary, improving their score from 2014, and 34percent for Matteo Salvini’s Lega. French president Emmanuel Macron’s effort to contain Marine Le Pen’s Rassemblement National proved a tall order, with Le Pen emerging victorious. Nigel Farage dominated the vote in Britain, and the Flemish far-right triumphed in Belgium. However, while the far-right and the personnalisation of power are gaining a foothold in certain countries, populist support fell by 14 percent in Denmark, and the far-right Sweden Democrats, who had more than 20 percent in the polls, came third with 15.4 percent. It is also worth noting that Sweden is the only country where support for the greens was lower than in 2014.

While we must remain cautious and clear-headed about the gravity of such trends, there is an undeniable conclusion to be drawn from concurrent events in a large number of countries. The power of the green vote, the massive climate protests (by young and old alike), and the cases being taken against countries for climate inaction (Belgium and France), allow us to risk a comparison drawn more from experience – we witnessed it first hand – than cold analysis. We are experiencing a turning point which may prove as important as the fall of the Berlin wall: where, before our very eyes, an inexorable momentum brought about the end of one era and the beginning of another.

The time has come for solutions and proposals, for transnational projects and a renewal of democracy itself. More than ever, we’re conscious of our role as European journalists and brokers of ideas, artisans of a fourth estate on the European scale, which we – with your support – are currently building and strengthening. With that in mind, this week we’re proud to present an op-ed calling for the creation of a meta-nation in the form of a European Republic, authored by sociologist Alain Caillé, engineer Thierry Salomon and philosopher Patrick Viveret. We’ve also published an article by political scientist (and member of VoxEurop’s advisory board) Ulrike Guérot, who argues that a European Constitution is the necessary prerequisite for guaranteeing equal rights to all European citizens, as well as a genuinely democratic Europe.

Members of the new European Parliament: it’s time to get to work, while we continue with ours.