Ideas After the European elections in Austria
Vienna. Detail from a work by BLU on a building at Alberner Hafen. 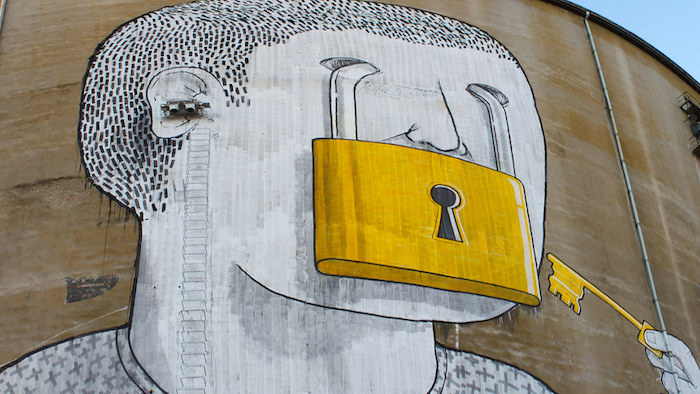 A night in Ibiza led to a political earthquake

As expected, the government crisis on the eve of the European elections caused by the withdrawal of the far-right party from the majority after its leader was implicated in a scandal of possible Russian financing for its party, had huge repercussions on the vote.

Gerwin Sturm | Flickr CC BY-SA 2.0  | Vienna. Detail from a work by BLU on a building at Alberner Hafen.

Nothing could have prepared the ground for the extraordinary scenes in Vienna just days before the vote. Austria’s coalition government collapsed after the far-right junior partner was rattled by the release of secretly shot footage showing its leader attempting to negotiate transactions in rather compromising circumstances. Chancellor Sebastian Kurz’s party stormed to success in the elections, only for Kurz himself to be ousted in a vote of no-confidence the following day.

The appearance of the Dutch group ‘Vengaboys’ during a demonstration in front of the Austrian president’s office marked the climax of a political storm that brought sudden chaos to the political scene. Tens of thousands of demonstrators sang along, as the band performed ‘We’re going to Ibiza’ in reference to a video secretly recorded on the Spanish island two years ago. A few hours before the performance President Alexander van der Bellen had announced that, for the first time in Austrian history, a woman would lead a caretaker-government until early elections after the summer.

The video, shot in 2017 but published just nine days before the European vote, showed Heinz-Christian Strache, leader of the nationalist Freedom Party (FPÖ), in conversation with a lady he believed to be the niece of a Russian oligarch. Together with deputy Johann Gudenus he promised to support business deals in Austria in return for donations to his party. Within 24 hours of the video appearing in German media outlets both politicians stepped down and all FPÖ ministers resigned. The day after the elections, the Austrian parliament ousted chancellor Sebastian Kurz, another first in the history of the Republic.

European topics had not been high on the agenda during the election campaign even before the scandal broke. Kurz’s Austrian People’s Party (ÖVP) mooted the renegotiation of the Lisbon Treaty and a sharp reduction in EU red tape, a move criticized by most other parties as either anti-European or lacking political substance. Together with Matteo Salvini’s League and Marine Le Pen’s National Rally, the FPÖ had committed to trimming back the EU to a ‘Europe of nations’. The Greens focused on climate change whereas the Social Democrats were preoccupied with internal discussions.

Election night showed that the scandal had hurt the FPÖ, albeit less than most observers had expected. The big winner was the conservative ÖVP, gaining 34 percent of the vote. The Greens, who had failed to enter the Austrian parliament two years ago, managed to stage a comeback with over 14 percent, thus maintaining the stature it had acquired in the last European elections.

Quite where Austrian politics is heading to next remains uncertain. Kurz’s handling of the crisis has antagonized all other parties, which will make it difficult to form a new government. At the same time the strong showing of the Greens indicates that the importance of migration, the dominant topic in Austrian politics for almost a decade, has peaked. Several polls show climate change and environmental issues to be the priority for voters under 30.

Meanwhile European topics have almost disappeared from the political landscape but the election campaign during the coming months promises to get as hot as that night in Ibiza two years ago.