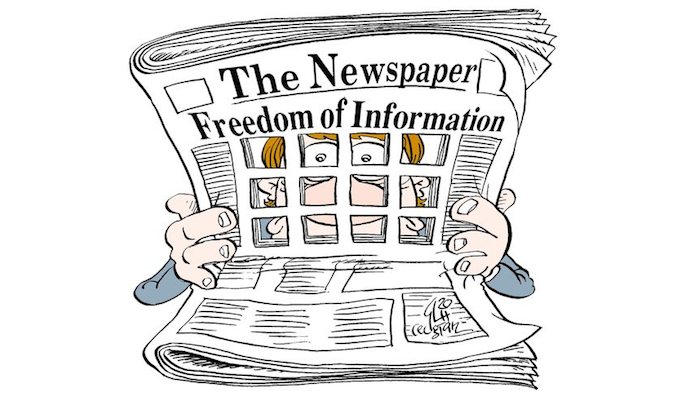 A tool for monitoring pressure against media in Europe

At a time when freedom of information is challenged in many European countries, our partner Osservatorio Balcani e Caucaso and the European Centre for Press and Media Freedom are launching a new platform to enable stakeholders to access updated materials on media freedom and pluralism.

Osservatorio Balcani e Caucaso (OBC) and the European Centre for Press and Media Freedom (ECPMF) have recently launched the Online Resource Centre on Media Freedom, a tool that facilitates the dissemination of relevant content on press freedom in Europe.

The creation of the Resource Centre stems from the consideration that, against a backdrop of growing pressure against media in Europe, public awareness about this theme remains very low. Moreover, media freedom is at risk in many European countries as a result of political and economic pressure, erosion of professional standards, increasing self-censorship, and actual attacks – including physical ones – to journalists.

In 2015, 16 journalists have been killed in Europe. The number of violent attacks against the press is underrepresented by media, pointing to a tragic absence of professional solidarity.

In the small media markets of the Western Balkans, media integrity is undermined because of the pervasive influence of political and economic powers. Politics exerts its control both directly financing media - as in the case of the public broadcaster in Kosovo (RTK)- and by controlling commercial advertising revenues, the only source of subsistence for many media outlets in the region.

The concentration and opaqueness of media ownership is another problem, resulting from the misconducts in the privatisation process - still ongoing in Serbia- and from predatory strategies in which media are envisaged as self-promotion tools in the hands of tycoons instead of public interest watchdogs.

These opaque influences are all factors contributing to self-censorship. Journalists know exactly which topics and persons they shall not write about, and their precarious working conditions remind them constantly about these limits. This gloomy picture is worsened by the fact that editors in chief, more often than not, have lost their role of guarantors of media integrity and independence to become transmission-belt between media ownership and the newsroom. Hard and soft censorship thus coexist and jeopardise media integrity in this region.

But the erosion of media freedom is not confined to the Western Balkans. At the beginning of 2016, the the attempt to bring under direct political control the appointment of public broadcasters’ management in Poland has sparked a decided reaction in the European Union, which is for the first time putting a member state under special surveillance for endangering media freedom.

As noted by Freedom House, Europe is the second region in the world in terms of the decline of press freedom in the last decade. Such deterioration is further aggravated by the citizens' progressive loss of interest and trust in media, a risk factor that OBC highlighted in the report Safety net for European Journalists.

At the same time, many associations, NGOs, and professional organisations carry out valuable activities of documentation, analysis and advocacy on the issue of media freedom. Such work can lay the ground for a documented and inclusive debate on the subject, but existing sources are fragmented, scattered around the web, and therefore difficult to access.

By curating relevant digital content, the initiative aims to stimulate the circulation of quality content and feed the public debate, contributing to a greater awareness of the risks and pressures that limit the independence and pluralism of the media and of the consequences that these may have on the functioning of democratic systems and citizens' rights.

In addition to ensuring systematic access to relevant and up-to-date publications, the Resource Centre includes also sections devoted respectively to legal instruments for the protection of media freedom in Europe, support centres for journalists under threat, training opportunities as well as multimedia and awareness campaigns on freedom of the press throughout Europe.

A crowd-sourcing section is integrated in the platform, allowing media experts, professional organisation and individuals to contribute enriching the contents of the Resource Centre by uploading their own inputs. This participatory part of the platform is consistent with the endeavour to increase awareness on this topic also among a non-specialised audience. To this end the project also includes a collaboration with Wikimedia, through which the contents curated for the Resource Centre end up feeding the largest online encyclopedia.

Recently uploaded materials include OSCE report on the effect of propaganda on the Ukrainian conflict, an analysis by the Association of Macedonian Journalists on criminal cases against journalists under way in the country. One can also find all updated contacts of centres that offer support for journalists under threat, the latest being the Kosovo Free Help Line.