Cartoon The ECB and the recession 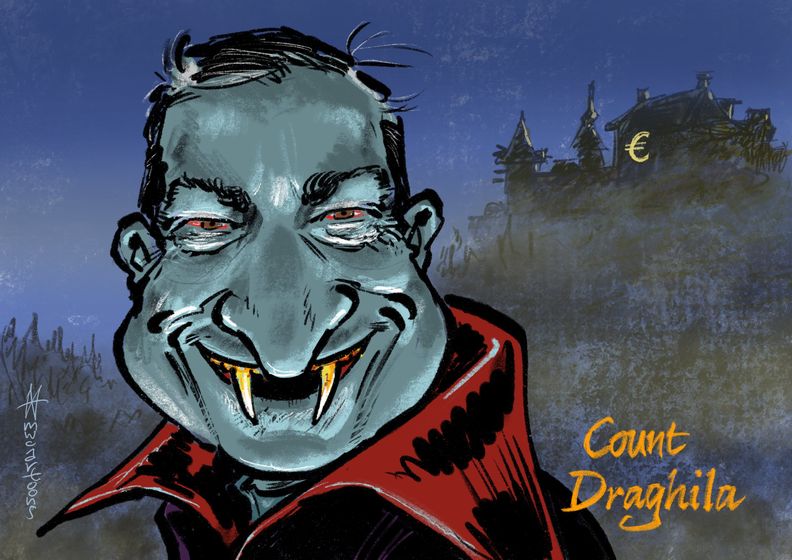 Cartoon The ECB and the recession

On 12 September, the president of the European Central Bank (ECB) Mario Draghi announced new measures to revive the Eurozone economy, as fear of a new recession is looming.

The measures are based on continuing the negative interest rates policy, resuming quantitative easing, and postponing the rising of interest rates. Several central bankers from Northern Eurozone countries have criticised Draghi's decision, to the point that the German daily Bild Zeitung nicknamed him "Count Draghila".

Draghi will leave the presidency of the ECB to Christine Lagarde, the former head of the International Monetary Fund, on 1st November.