Ideas After the European elections in Slovakia
Street art in Staré Mesto, Bratislava. 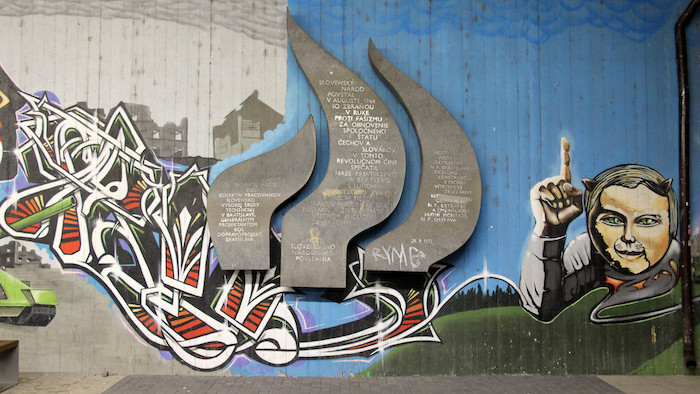 Ideas After the European elections in Slovakia

Discussing the far right without empowering it

The far right in Slovakia has secured an advance in the polls that would have been unthinkable five years ago. Yet coalitions of new parties – including Progressive Slovakia, the party of new president Zuzana Čaputová – are responding well to the fear-mongering that characterizes the latest tide of extremism. This is the first of a series of articles by Eurozine on the aftermath of the European elections in every EU country.

Fifteen years ago, Marián Kotleba marched the streets wearing a uniform of the Hlinka Guard, the militia of the Slovak People’s Party under the first Slovak Republic, a client state of Nazi Germany. Kotleba’s political movement was Slovenská pospolitosť (Slovak Togetherness). The Slovak Supreme Court dissolved the extremist organization after it was registered as a political party in 2005. At the time the party polled below 1 percent.

It was not only the uniforms that openly referenced and glorified the fascist era. However, the actual political potential of such open extremism was in any case very low at a time when Slovakia was still recovering from the semi-autocratic government of Vladimír Mečiar and the Slovak population was eager to celebrate joining the European Union. Marián Kotleba learned his lesson. Having grasped that his political activism could not be openly fascist, he assumed the more conventional role of an ultra-nationalist and self-stated protector of traditional Christian values, with undertones of Christian fascism.

In 2010, Kotleba launched ‘Kotleba – People’s Party Our Slovakia’. It gained less than 1.5 percent of the vote in national parliamentary that year, but Kotleba was still not discouraged. He adjusted his political rhetoric once more and was elected governor of the Banská Bystrica region in 2013. His party finally entered the Slovak parliament with over 8 percent of the vote in 2016, despite the initial mockery it had received from political analysts.

Support for Kotleba is rising, with his party recently polling at over 11 percent and now occupying two seats in the European Parliament. The latest attempt to ban Kotleba’s party failed just before the EP elections. The Slovak Supreme Court ruled that it could not be legally dissolved for its anti-democratic stance, since the party’s political program provided no evidence of such. Kotleba assumed the role of an unjustly persecuted victim and can now wear the badge of democratic party leader.

Though members generally try to disguise their far-right ideology, some are still not careful enough, as the recent case of Stanislav Mizík illustrates. Mizík, who secured a seat in the Slovak parliament in 2016, was charged with anti-Semitism and encouraging violence against ethnic minorities in his Facebook posts. His name was only cleared after his defence lawyers argued that the politician’s inability to operate computers and electronic devices meant that he could not have written the posts himself. This is how such fascists-in-disguise are able to function in a democracy today.

Originally anti-EU, Kotleba announced during the EP election campaign that the party had changed direction and would now try to change the EU from within. Meanwhile, the eurosceptic Sme Rodina party (We Are Family) failed to secure a mandate under the more moderate rightwing populist Boris Kollár. Not even the party’s hosting of an official visit from Marine Le Penn and public endorsement from Matteo Salvini could help them get their candidate elected on a eurosceptic card.

Milan Uhrík, one of its successful candidates, shot some ridiculous fear-mongering videos in Brussels. In one scene he stands in the municipality of Molenbeek and declares it a ‘no-go zone’ for white people. As people of colour pass by oblivious to his presence, he says that he feels unsafe and that the EU intends to flood Europe with migrants and homosexuals.

During the campaign it became clear that an emphasis on real social and political solutions, dialogue among democratic forces and a willingness to create strong coalitions can and must be part of the answer as to how to respond to the fear-mongering of the far right. Victory in May’s EP election went to a coalition between the newly formed parties Progresívne Slovensko (Progressive Slovakia) and SPOLU (Together).

Progresívne Slovensko, an openly liberal democratic party, scored its first political victory when Zuzana Čaputová secured the presidency in March. The coalition won just over 20 percent of the overall vote, sending four MEPs to Brussels. Its campaign was built on warning against the rising tide of extremism all over Europe and the success of Kotleba’s party in particular.

Whether such tactics prove sustainable is an open question, as they too need an ‘external enemy’ to mobilize voters. This is a debate that will continue into the next parliamentary elections in Slovakia, which are scheduled for spring 2020, when a third new party will run alongside Progressive Slovakia and SPOLU. Za Ľudí (For the People) was established last month by outgoing president Andrej Kiska. Whatever the outcome of the next elections, a new democratic politics should promote global cooperation on such pressing issues as climate change, technological disruption and extreme economic inequality. Only then will the latest wave of extremism be stopped and reversed – both in Slovakia and in the rest of Europe. 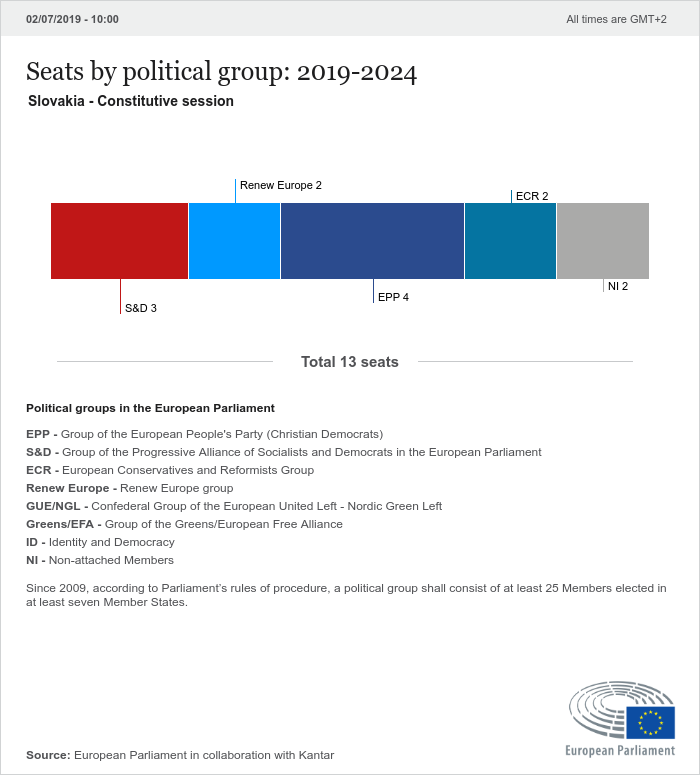