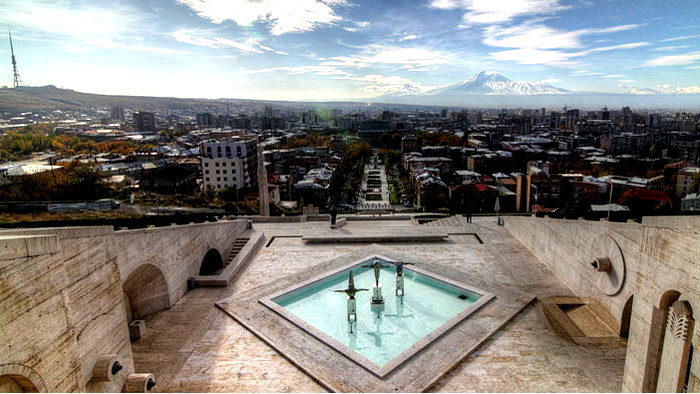 The European Union neighbors, Eastern Partnership (EaP) countries either were stagnant or stumbled in their efforts to meet EU norms and standards in 2017, the latest available data shows.

Armenia, Moldova, and Georgia stepped back, while Ukraine made little of improvements, according to the Eastern Partnership Index 2017, published by Civil Society Forum in December.

The research traced back progress made by six EaP countries (Armenia, Azerbaijan, Belarus, Georgia, Moldova, and Ukraine) over 2017 in two categories: the extent the countries established sustainable democratic institutions and level of integration with the EU, including trade and mobility.

Since the report, some former Soviet states have seen progress, but also further setback and uncertainty. And with upcoming elections to the EU parliament in 2019 and debate over Brexit deal, the European neighborhood policy might be changed as well as the status of its eastern partners.

“The problem is that EU is very inward looking at the moment… I suspect the EU will be certainly not interested in a membership perspective sometime, so it’s more for the Eastern Partnership countries themselves to show that they have the momentum to get closer, whether it’s a trade, energy policy, ensuring visa-free status,” Jeff Lovitt says, the author of the report and the founder and chair of New Diplomacy non-profit.

The report features how little the EaP approached EU norms and standards over one year, even for the leaders of the run since 2014 – the Associated Agreement members Ukraine, Moldova, and Georgia.

Ukraine, EU eastern neighbor of 44 million citizens, advanced by 0.01 point to 0.73 out of 1, compared to the first ever index in 2015-2016. Though, the country made more positive steps in bilateral trade and mobility.

Sandwiched between Romania and Ukraine, Moldova has declined drastically by 0.07 points and landed on the third place with 0.65 points after Armenia. Another Caucasus region partner Georgia followed with a decrease down to 0.64 points.

For Azerbaijan, the index remained unchanged, while it improved for Belarus by 0.08 points, but still made the country to run the last one.

In the second category of the index on international linkages between business, civil society, citizens and governments, the countries remained stable or showed moderate progress. Most of the advancements are linked to the visa-free travel agreement with the Schengen countries that kicked in in 2017 for Ukraine, Moldova, and Georgia. The free trade area agreement is another booster that came within the associated agreement package and enabled an increase in trade turnover for all the members.

Georgia and Moldova benefited from the agreement the most with 0.71 points, followed by Ukraine with 0.66 points. The final trio Armenia, Azerbaijan, and Belarus fall behind with 0.5 and fewer points.

What happened with EaP countries since 2017?

On a positive note, all EaP countries were able to increase bilateral trade, making sometimes EU its first export partner, like in the case with Ukraine, but the struggle to carry out EU norms is still ongoing.

Ukraine has advanced in reforms in healthcare, pensions, education, decentralization, public procurement, and environment sectors over 2018, but several main areas still need to be reinforced, the EU report on Ukraine says. It includes vital judicial and anti-corruption measures as well as preventing attacks against civil society and activists.

The country suffered a row of backsliding before presidential elections in March as local court canceled the law on illegal enrichment on Febr. 26. This legislation was among the requirements for the free-visa regime introduced in 2017.

Over 2018, Armenia was mostly concentrated on internal political events. The country had seen thousands to come on the streets during peaceful protests against the government, called the Velvet Revolution. The political regime was changed, and Armenia conducted early parliamentary elections in December 2018. Now the country’s priority lies within the formation of a new administration, further anti-corruption efforts, and release of political prisoners.

For Moldova, the EU integration process has stalled as the ruling political elites failed to improve living standards and reshape the judicial system. The country is now suffering probably the biggest string of setbacks in economic transformation since signing the Association Agreement.

The European Commission suspended the first tranche of a macro-financial aid package for Moldova in 2018 due to issues around rule of law. In November, Brussel also issued a critical resolution saying that it’s a “state captured by oligarchic interests.”

One of Europe’s poorest countries, Moldova faced a crisis after $1 billion was pilfered from the local banks in 2014. Top politicians were suspected and some sentenced, but money hasn’t been recovered.

The parliamentary elections that took place in late February haven’t brought any certainty about the country’s future but only highlights tension inside of the country as well as between supporters of Russia and Westerners.

Unlike Moldova, Georgia shows clear progress in delivering on its association agreement commitments, the latest EU report from January says. However, corruption remains a serious issue. Georgia needs to continue legislative reform and steady implementation of rules and standards.

“Concerns have been raised by civil society on potential political interference on the judiciary and on media pluralism. Effective implementation of human rights and anti-discrimination legislation continues to be a challenge,” the EU report says.

Azerbaijan and EU have agreed on their partnership priorities in 2018, planning to enhance cooperation in upcoming years. But to make a step forward, the country has to address its internal challenges, namely growing corruption and informal economy, inefficient healthcare and education systems, weak financial and justice system, according to the index report. The country is hoping to sign a new bilateral trade agreement with the EU in 2019.

Belarus, similar to all other EaP countries, showed an increase in trade turnover, making EU its second partner after Russia. However, Belarus seemed unwilling to strategically commit to making the EU its priority trading partner because of its relationship with Russia. Repression of activists and media censorship threatens chances to develop EU-Belarusian relations further.