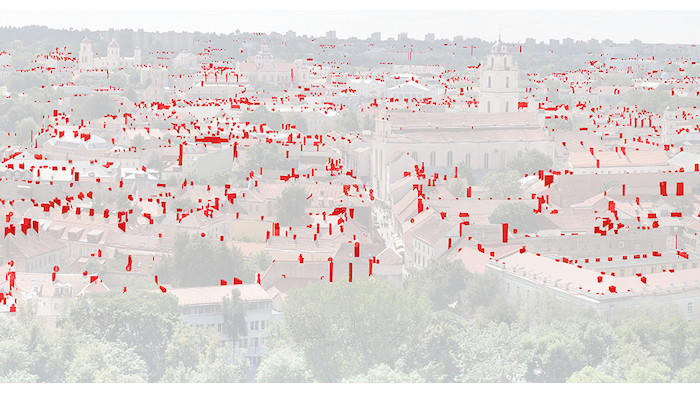 Lithuanians will elect their President and mayors on the same day that they will be voting for their MEPs. It should come as no surprise that there is little interest left for the campaign for the European elections.

Lithuania will hold the elections to the European Parliament (EP) with some weariness. The citizens of this country will also elect the President on the 26th of May, which is going to be the day of the second round of the presidential election. Lithuanians have already had an opportunity to cast their ballots in municipal elections this spring. In many constituencies the second round was necessary in order to elect the mayor and municipal councils. The first round of presidential elections is scheduled on the 12th of May. So for many Lithuanians it is going to be the fourth time in three months that they will go to the polls on the 26th of May.

It is not obligatory for Lithuanians to vote, however, at least a half of the electorate will be present in the polls. Not a bad result at all in comparison to many EU countries. Elections to the European Parliament will be held on the same day as the second round of the presidential election, which will determine higher turnout of voters. Elections to the EP only would not receive such attention from citizens. For instance, a mere 20 percent of Lithuanian citizens came to the EP elections in 2009.

Lithuanians love the generosity of the EU, which funds the construction of new roads, new town squares and facades of school buildings. President Dalia Grybauskaitė, who is finishing her second term of office, the former member of the European Commission, has become one of the prominent EU leaders. When she is commenting on overall position of the EU on Brexit in front of BBC or CNN cameras, social media is flooded with nothing but pride by a small country in her. Sweet yet provincial.
Unlike many other Eastern European countries, the Baltic states joined the euro area without much delay, and they demonstrate exemplary financial discipline. The Russian aggression against Ukraine has startled the society and dispelled the remains of post-Soviet nostalgia. The EU and NATO are perceived as the only guarantee of security, therefore, the voters and the political elite all agree about how important it is to stick to commitments on defence expenditure and to protect the country’s reputation in the eyes of big partners.
Despite the global crisis of 2009 which hit the Baltics severely and resulted in a double-digit recession, Lithuania is one of the most successful ten newcomers to the EU that joined in 2004. In terms of GDP per capita growth, Lithuania has achieved the biggest progress in comparison to any other EU member state within the last 15 years. Once a dull post-Soviet province, Lithuania has closed on the southern EU countries in terms of the standard of living, and Vilnius with its splendid baroque architecture has become a dynamic European capital with ambitions to become the EU centre of financial technologies.
Brussels, Paris and Berlin all admire the small Baltic countries. Lithuania, which caught the last train of EU-enlargement in 2004, is not a headache to the EU elite, unlike Hungary ruled by Viktor Orbán or Poland “driven from a backseat” by Jarosław Kaczyński. The big European capitals might have been annoyed by the Russophobia of Lithuanians, however, following the occupation of Crimea, it has become a sign of insight rather than paranoia. Lithuanians don’t tend to criticise the EU, and the local populists quest after enemies inside the country, not Europe.
Ordinary people in Lithuania show friendliness to the EU, and it has only been growing stronger recently; however, it doesn’t mean that people have become more aware of what role the EU plays. Or more empathetic about the challenges that other member states face. Debt crisis? Youth unemployment? These are the concerns of South Europe. Refugee influx? Leave it to Italy, Sweden, Germany or the small Malta. It is probably only Brexit that Lithuanians are a little worried about, but only because it concerns tens of thousands of families that left for Great Britain to live and work.
Therefore, besides enormous benefit that Lithuania obtained as a member of the EU, it is completely indifferent about yet another election to the EP.

Battle between traditions and populism

Anyways, Lithuanians will be attending the polls on the 26th of May and voting for one of the many political parties or electoral lists. The voice of Eurosceptics will be hardly heard in the whole chorus of election campaigning, and for the parties these elections mean nothing more than a chance to delegate veteran politicians to the EP who are allured by a much higher salary rather than an international career.
EP elections are not going to become a battle field of national politics. The main competition will take place between the conservative party TS-LKD (The Homeland Union – Lithuanian Christian Democrats) led by Gabrielius Landsbergis, the grandson of Vytautas Landsbergis who brought Lithuania to independence, and the populist party LVŽS (Lithuanian Farmers and Greens Union), ruled with an iron fist by Ramūnas Karbauskis, a millionaire from agricultural industry.
Mr. Karbauskis was famous in the past for his opposition to the membership of Lithuania in the EU and NATO, and now he is running the majority government from “the back seat” being the head of the parliamentary Committee on Culture, which is of negligible importance. He hasn’t uttered a word of reproach to Europe recently, perhaps only about better payments to French farmers than to Lithuanians.
EP elections in Lithuania will demonstrate whether people still have their faith in LVŽS which won the national parliamentary elections three and a half years ago. Or will the voters look back to other traditional parties which lost their popularity due to internal fighting and corruption scandals? It is also likely that newcomers to politics might get to the EP as well. Nevertheless, Lithuania, which shows no interest in European affairs, is similar to many other member states, whose old political systems are being shaken by tectonic fractures.