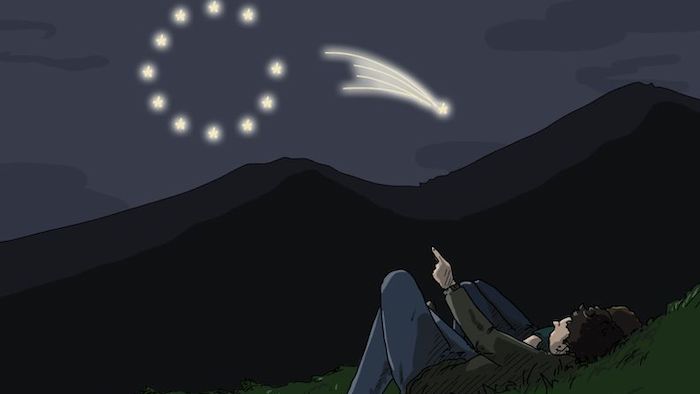 Europe, it’s time to engage with your friends and followers

With the European elections rapidly approaching and old promises of bridging the communication gap between the EU and its citizens lingering, social media, arguably the most effective tool to facilitate dialogue, has received a token treatment. It’s high time to talk about how Europe can use the online space to foster meaningful interactions between its political system and citizens.

There is often talk about Europe lacking a transnational civic or political space. In a way, it’s a bit of a lie and an excuse. It does exist, but perhaps not in the form that political figures and civic advocates would want. For a growing amount of young and middle-aged adults, social media has become the main means of keeping connections with others, consuming news, and partaking in political discussions. These discussions happen in real time and across borders. While is this might not be the main purpose of social media, which is more about personal interactions and sharing the things that we’re passionate about, it is an important yet untapped part of Europe’s online ecosystem.
Having worked with public policy at Facebook and learned stories of local business owners, community leaders, and political representatives using social media to make a difference, I know that Europe has some catching up to do.
For a highly developed continent with a lot of tech savvy people, our online space for public discourse is surprisingly small. Part of the problem is that many established political actors in the Europe seem to treat social media as an add-on to their communication strategies rather than an important means to have conversations with people. All too often we see institutions and political figures posting about the events they went to, the reports they released, and third-person retellings of their accomplishments and feats. Unsurprisingly online engagement is low. Posts receive fewer likes, shares and comments than they could, and people find fewer reasons to subscribe or even click on links.
Social media tends to work best when used as a tool to have two-directional conversations – meaning actually engaging with audiences and making them feel like they are part of a wider community or cause. At this moment, social media is also the cheapest and one of the most effective means to foster engagement. With that in mind, not treating social media as a channel of communication in its own right, is becoming the best way of ignoring an increasingly important demographic in Europe.
Some reticence stems from established political parties wanting to play it safe and decades of experience campaigning and engaging with citizens in a pre-social media world. That said, playing it safe doesn’t have to mean being boring. Even minor tweaks to the content currently produced could foster more meaningful interactions. For instance, instead of merely thanking people for providing their views and suggestions for a better Europe, use existing social media accounts as a platform to empower followers and give them voice. Show their views and suggestions. Make them feel heard. Even small things such as taking the time to reply to comments (which surprisingly few do) already gives a greater sense that representatives are talking to those they are supposed to represent.
Another challenge is that many create content with the audience as an after-thought. Some of the most engaging content online is value driven in the sense that it goes above and beyond to give audiences something they value. This could be entertainment, practical and actionable information, or even a bit of levity. Unlike EU affairs professionals, most people do not use social media to follow legislative developments. They use it in the spare time and the content created should keep that in mind.
But established players aside, the issue for many is not a lack of understanding or technical expertise when it comes to creating content (social media can be very easy with modern tools), rather it’s a challenge of awareness and accessibility to those tools.
My time at Facebook opened my eyes to the vast amount of publicly available resources that social media platforms and others put out there. With this in mind, I developed Social Media for Change a 30-page free online booklet that serves as repository for a number of useful guides, tools, and resources. Together with The Good Lobby, we’ve published the booklet and championed the idea that anyone can create meaningful content for civic engagement or elections if empowered to do so.
Over the coming months, I think Europe could see a stronger civic space if political stakeholders used social media in a slightly different way. If there is a message for anyone seeking to engage more meaningfully with the public, it’s three-fold:
Social Media works best when it is a genuine conversation – if treated as a mere amplifier and viewing followers as numbers, engagement suffers and its harder to get people to invested.
Social Media is about creating value for the audience – be it information, entertainment and any other form of utility – it’s almost never about the organization or person who is uploading the content. Empower your community and be a platform that gives voice to others.
Social Media is easier than you think. All the tools needed to engage in a meaningful way are out there, most of them for free. It’s about taking the time to get to know them and creating a process that allows you to create content and spread your message.
If done right, social media has a real potential to enact change and bring together communities. In a time when Europe is facing uncertainty, its political actors need to engage with Europeans. If they don’t, others will…