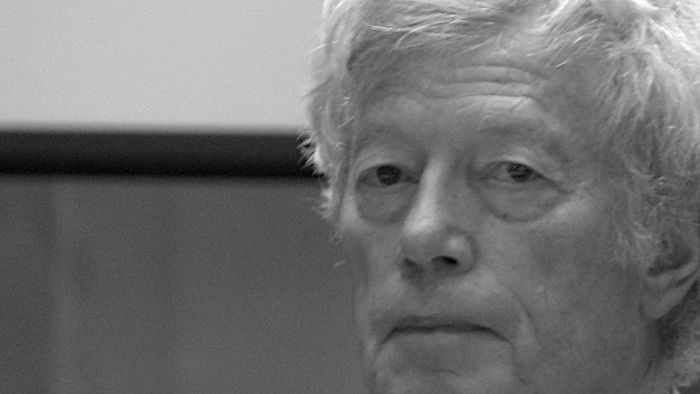 Ideas Cas Mudde on the legacy of Roger Scruton

As conservatives on both sides of the Atlantic mourn the passing of Roger Scruton, political scientist Cas Mudde argues that the British philosopher’s relevance to “national conservatism” has long since expired.

On 12 January, “the patron saint of common sense” died. If you’re not conversant with conservative media, you might have missed the passing of British philosopher (Sir) Roger Scruton, at his Horsell’s Farm in rural England, which he not entirely ironically referred to as Scrutopia.

Not well-known outside of (pseudo-)intellectual conservative circles, nor, more broadly, outside of Britain, Scruton was the intellectual hero of politicians like Boris Johnson, Viktor Orbán and, were he inclined to read, Donald Trump. In many ways, he was the founding father of what is now branded as “national conservatism” in the US, a hybrid of traditional conservatism and the modern radical right.

I read some of his work in the 1990s, as an undergraduate in the Netherlands, though I can’t say I remember any specific ideas. Then again, the importance of Scruton’s conservatism was not so much in his analyses and ideas, but in his attitude and viewpoint. This is all too evident from the many fawning obituaries published by conservative media and politicians.

In his obituary tweet, British Prime Minister Boris Johnson perhaps captured Scruton’s legacy best: “RIP Sir Roger Scruton. We have lost the greatest modern conservative thinker - who not only had the guts to say what he thought but said it beautifully.” In short, it is not so much what you say, but how you say it, persuasively and with conviction.

In the American Conservative, Michael Warren Davis emphasized the importance of the deceased “giant” for younger generations of conservatives: “Scruton’s conservatism wasn’t a ‘temperament,’ as the smart set like to call it; it certainly wasn’t an ideology. His conservatism was a complete way of being. It was posture [sic] of defiance against the arrogant, imperial hideousness of modern life.” More than anything, according to Davis, Scruton had been motivated “by a righteous anger at the modern elites who pillaged Western man’s inheritance.”

Similar sentiments, as well as hyperbole, are found in the obituary op-ed written by Dutch far right Forum for Democracy (FvD) leader Thierry Baudet, published by mainstream Dutch newspaper NRC Handelsblad. This ode to “my teacher” reads like a love letter to the father he never had. Claiming that Scruton’s ideas constitute the basis of his far right party’s platform, Baudet specifically lauds his “mentor” for introducing the concept “oikophobia”, defined by Scruton as “the repudiation of inheritance and home”, but which Baudet mainly uses in an ethnonationalist sense, i.e. as hatred of one’s own (ethnic) culture.

For the contemporary “national conservative”, Scruton was the original right-wing rebel, unfairly punished for publicly defending his conservative ideas. As Baudet claims, pinpointing yet another supposed similarity between master and pupil, Scruton “published The Meaning of Conservatism (1980) and was cast out of the politically correct academic world”. Although many obituaries imply that he was fired by his university, Scruton in fact resigned from the University of London’s Birkbeck College on his own initiative, upset by the growing critique of his openly right-wing views.

Hence, Scruton can also be seen as the original right-wing snowflake, who thinks freedom of speech is not so much about the state protecting the right of everyone to say what they want, but about people of privilege having the right to say dismissive things about others without being criticized for their remarks.

Not surprisingly, Scruton became a prominent critic of contemporary universities, which he believed had been taken over by “fake thought and fake scholarship”. He singled out the humanities and social sciences, which he saw as cesspools of identity politics and grievance studies – a view currently popularised (and monetized) by a host of “heterodox” and (openly) right-wing academics and outlets, most notably Quillette.

More overt than most “national conservatives” (barring Baudet), Scruton was also a proud and incorrigible elitist. The British philosopher devoted much of his writing to exalting traditional art and culture (Mozart and Wagner, for example) while vilifying modern art and culture (notably, US “kitsch” artist Jeff Koons). However, by turning his elitist critique against “the liberal establishment”, rather than “the people”, he played into the broader populist groundswell: a lesson learned by many right-wing anti-establishment politicians, from Baudet to Johnson and Trump.

With the passing of Scruton, the nascent “national conservative movement” loses its most influential founding father. But he is lost at a time when he is no longer needed. The movement has long broken free from the political margins, replacing the neocons as the dominant force within the broader “conservative” movement, and inspiring political leaders on both sides of the Atlantic. Ironically, this also makes Scruton a less and less relevant role model, as the “national conservatives” have largely destroyed the “politically correct liberal order” they claim to rebel against.