Ideas Reform of the EU 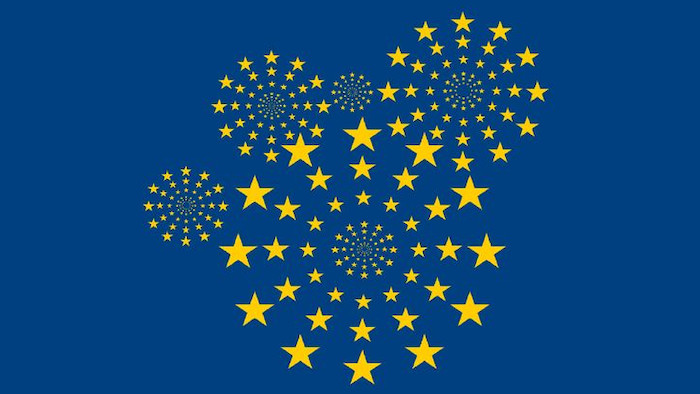 Ideas Reform of the EU

Four proposals for the Europe of the future

The nationalists' challenge to the EU requires a credible response: Strenghten the institutions and those policies which support the European construction's efficiency and democratic legitimacy. The federalist ideal no longer suffices, say Olivier Dupuis and Carmelo Palma.

Let’s get straight to the point. We consider the opposition between "European federalists" and "sovereignists" extremely reductive, just as we consider that today more than ever the opposition between "Europeanists" and "European federalists" is abstract. Even the slogan "the United States of Europe" has become nothing more than a suggestion, unable to produce the smallest operational development. And then there are all the different scenarios that say, "let’s tear everything down and start from scratch" which sounds so much like "destroy the past to make the future".

In truth, while the question of the institutional nature of the object "European Union" is doubtless of interest, it really has no political urgency in today’s world. The endurance or resistance of a concretely European idea of Europe certainly does not rest on this distinction.

Today the clash is not between those who theorize a return to the Europe of homelands and those a march toward a common, federal European homeland, but between the current, clearly successful, strategy of destabilizing and delegitimizing European construction on the one hand, and, on the other, reinforcing institutions and policies that the EU’s practical efficiency and political legitimacy rest upon.

As should be clear, we believe that all the problems our society must deal with can be attributed to the European dimension, in part because many of them can (and must) be resolved by national states or sub-national institutional realities (regions, cities, etc.), in part because some political emergencies go well beyond Europe, and with regard to them – climate changes, atmospheric pollution, demographic and migratory dynamics all come to mind – Europe’s role is projected onto global economic and strategic scenarios where Europe will objectively carry less and less weight. We are convinced, however, that today more than ever, the European dimension is the correct one, the appropriate one, for facing up to issues central to the freedom, prosperity and security of European citizens and states.

If this premise is correct, the central question for us remains understanding the limits of European construction both in terms of its democratic nature, in terms of efficacy, in terms of the degree to which European citizens recognize and culturally "appropriate" its role.

The institutional balance contrived as far back as the 1950s was the result of a cold analysis of Europe’s situation at the time, as well as of the long, labored history of our continent. Credit is due foremost to Jean Monnet, the true genius and creator of the process of European integration. He understood that it was absolutely necessary to come to terms with "long-term history" and with our "old" states. With the creation of the Council of Ministers of the member states, however, he set in motion a mechanism that, at the time, allowed its discussions to be politicized, preventing it from being expropriated by national bureaucracies.

With the Council, Monnet did not aim to « bypass » national states, but to force them to engage in « European politics », rather than simple negotiations on respective interests.

Also to his credit, he understood that the logic of "all or nothing" would never have worked, and that what needed to be done was to identify competencies proper to states, which could acceptably be transferred to the European level by the six founding countries on the one hand, as well as honestly have an expansive effect on community competencies, through a process that he so cogently stated as: "a concrete, determined result, relative to a limited, yet decisive point, that implies a fundamental change on this point, and gradually modifies the very terms of all of the issues".

But Jean Monnet also understood that another institutional branch of the European Community had to be created, the voice of the citizens. Always careful not to move faster than the times, Monnet proposed that a European Parliament be created, whose members would be chosen from the members of the national parliaments. It would take another twenty years (but what are twenty years to the history of Europe!) to achieve the direct election of European parliamentarians.

It was the "quid pro quo" that Germany, Italy, Belgium, the Netherlands and Luxembourg received when the European Council of the Heads of State and of Government was created, an institution that the then French President, Valéry Giscard d’Estaing, held dearly.

The Council was an "invention" that has had the undeniable, if indirect, merit of paving the way for the birth of a European Parliament whose growing legislative role matches that of the Council. While we are much less certain of the other "positive" effects from the European Council bursting on to the scene of the European framework and from the institutionalization of the summits of heads of state and of government, which in fact existed beforehand, we are nevertheless convinced that this intergovernmental institution has played a central role in gradually marginalizing and bureaucratizing the Council (of Ministers), preventing it from gradually transforming into a genuine European Senate.

Let us now turn to the topic of security, which is often broached but never dealt with full on.

And this despite Putin’s imperialist and antidemocratic Russia, despite China’s hegemonic ambitions in Asia, despite Trump who will soon be gone, while America remains – though not necessarily an America that is open to the world and to global responsibilities, an America that we came to know only a few short years ago and that has benefited us, as Europeans.

These momentous changes require the EU to truly accept its responsibilities in matters of defense and security, even in order to respond to the (this time legitimate) requests of the US administration that demands greater involvement from European countries in financing defense policies. Thus far, initiatives in matters of European defense have generally been both irrelevant and grandiloquent, hiding their real nature as "little deals struck up between arms
manufacturers and the military leaderships of individual nations" that "in no way change the strategic structure of Europe, or in other words, its level of autonomy" according to Pierre Defraigne’s excellent observation.

We believe that the first thing to do, which may appear trivial but has not yet been done, is to draft a White Paper on security and European defense, as the French general Jean-Paul Perruche suggests, identifying the various threats to the EU taken as a whole and offering strategies for response and conflict by the EU as a whole. Alongside this White Paper, a detailed study would need to be conducted on how to build a common European army, under the authority of European institutions, with an appropriate autonomous budget (which would be in the neighborhood of a few tenths of a percent of the GDP of the participating states), and on the institutional, military and industrial implications.

In addition to this question of strategic autonomy (from the point of view of complementarity, not « independence » with respect to national armies and to NATO) we think that this plan is an indispensable premise for (and not, as many people think, a consequence of) launching genuine foreign policies. Among other things, it would allow for stemming, if not bypassing, the heavy conditioning on Europe’s foreign relations due to the exportation of national military industries that are unable to survive only on what they gain from their respective national markets.

We think that there are two urgent reforms with regard to European citizens recognizing and culturally appropriating the EU.

3.Direct election of President of the European Commission

The first involves making European citizens active participants in electing the head of the European executive, turning the election of the President of the Commission over to direct universal suffrage. This is also the only way to end the senseless battle between the European Council and Parliament over who has the last word in choosing the President of the Commission. Moreover it is obvious that in an institutional system whose validation rests as much on the governments of the member states as on the representatives of European citizens, neither group could dare dream of forcing their candidate into the Commission’s Presidency.

The second reform serves to combat provincialism, approximation and the disinformation that many national media services, more or less deliberately, cultivate and broadcast to their respective audiences. In general, though with obvious differences among the different Countries, citizens of member states know practically nothing either about the reality of the EU or of the reality of the other states. Linguistic barriers, as well as cultural prejudices, compete with incomplete, shoddy information to foment a sense of threat and reciprocal hostility, rather than promote feelings of coexistence and cooperation. We believe that the creation of European television, on the informative model of Euronews and the cultural model of Arte, would represent an important antidote to the sovereignist poison, with a common source of information and in-depth analysis, accessible to all European citizens in the EU’s various languages.

Keeping as close as possible to Jean Monnet’s spirit and methods, we have attempted to identify a few initiatives (obviously not the only ones) that could gradually lead the EU to become more of a Union. These initiatives are presented here in the form of four petitions to the European Parliament. This does not preclude them from being the focus of other forms of initiative, and becoming, in another ways, instruments of political participation.

With the hope that these proposals succeed in eliciting interest and encouraging debate among the women and men who have not resigned themselves to the current dismantling of the European Union.