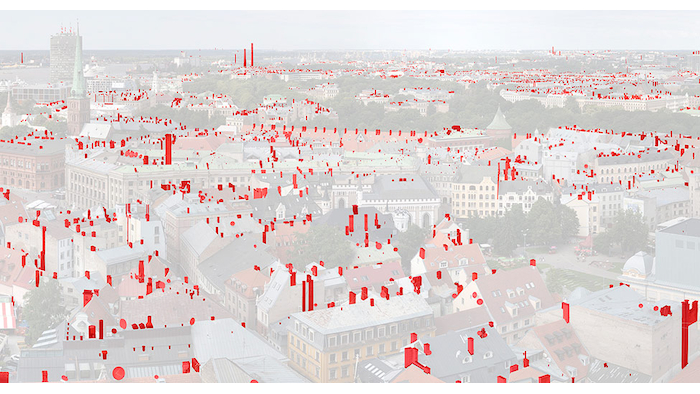 Getting the most from the few

This year’s European elections could be of great importance, given the pressures and challenges within the EU, the United Kingdom’s possible exit, and other international tensions. With less than two million citizens, Latvia has only eight mandates in the European Parliament; how can it best stand for their interests and for solidarity and cooperation? A new article from our special series on the European elections.

Last October, Latvia held a general election which resulted in seven parties, including three newcomers, gaining seats in the Saeima, the country’s parliament. The new parties – the liberal  Development/For! (A/P!), the New Conservative Party (JKP) and the populist KPV LV – all received significant support, and have managed to form a ruling coalition with more established parties. It is therefore quite likely that they will also play an important role in the European elections.

What both the national race and the European elections have in common is the polarised viewpoints of the parties and their candidates. Having such small representation in the EP in general, and not being able to work as a strong, unified team, is one of the challenges and dangers for Latvia. Although there are some influential figures from Latvia (European Commission vice-president Valdis Dombrovskis), currently the country has one of the lowest scores, out of all member states, for influence on European Union policy.

The number of deputies directly determines a country’s ability to exert influence in the EP. Therefore, it is very important for deputies from small countries to be active: to form ties with key players and work in committees, political alliances with great influence. This depends on the ability of a deputy to become rapporteur – the person who presents reports on specific topics – or shadow rapporteur, one of the main roles with influence over the legislative process in the EP. Unlike other member-states with large representation in the EP, Latvia needs influential leaders who are ready to "walk the extra mile" to promote the interests and values that are important to the citizens of Latvia.

Although Latvians have a generally positive opinion on the benefits of EU membership (70 percent), only 32 percent of respondents were interested in EP elections in May 2019. Last time, in 2014, the voter turnout for EP elections was 30.24 percent (the EU average was 42,61 percent) which indicates a low interest in EU-level politics.

Nevertheless, interest in EP elections this year may grow with the participation of popular politicians and well-known public figures. For example, the Russian-speaking portion of the population will most probably be mobilized by the participation of Nil Ushakov, one of the most popular politicians in Latvia. An interesting twist in the run-up to the EP election occurred with the left leaning party Harmony, which Ushakov represents. It announced its lead candidate back in February – the academic and economist Vyacheslav Dombrovsky. But just one month later, Ushakov announced that he'll be running as number one instead, even though he was just suspended as the mayor of Riga for mishandling city funds.

Some of the largest political parties in Latvia have picked their lead candidates from non-political sectors. The lead candidates for both the liberal party Development/For! (A/P) and the New Conservative Party (JKP) are academics. Both Ivars Ijabs (A/P) and Andis Kudors (JKP) are political scientists, with no practical experience in politics, but are well-respected within Latvian society.

Not just academic figures, but also journalists have become involved. For example, National Alliance's (NA) third lead candidate is journalist Ansis Pūpols, who has already faced plenty of criticism for his conservative views on gay marriage. Instead of liberalising the law, Pūpols has suggested that gay couples should instead "start a business together" to overcome their inability to marry.

Some lead candidates have been chosen from the world business. For example, A/P's second lead candidate is Baiba Rubesa, a former CEO/Chairperson of Rail Baltica, while A/P's third EP candidate is Ieva Ilves, a longtime diplomat and the wife of former president of Estonia, Toomas Hendrik Ilves.

The Union of Greens and Farmers (ZZS), which lost a significant amount of seats in the general election and was forced out of the coalition, has strong candidates for the EP – former Finance Minister Dana Reizniece-Ozola and Former Defence Minister Raimonds Bergmanis. At the same time, NA has Dace Melbārde, the current Culture Minister. A number of current MEPs are also hoping to get reelected. NA's lead candidate Roberts Zīle has been an MEP since 2004, and is regarded as one of the the most successful. Then there is also European Commission vice-president and New Unity candidate Valdis Dombrovskis.

As with ZZS, Harmony's experience in the last EP elections was less than ideal. Journalist Andrey Mamikin was elected but later quit the party, and this time around is standing for the Kremlin-friendly Latvian Russian Union (LKS). The populist party KPV LV, which can be compared to Italy's Five Star Movement, announced their current deputy Kaspars Ģirgens as their lead candidate. Ģirgens is a deputy with no significant previous political experience.

An active campaign has yet to begin, thus limiting any adequate analysis of party priorities. Most parties have spent large amounts of their funds on the general elections, and it seems there is more focus on individual campaigns on individual social media channels for the current EP candidates.

What we can see from current campaigns and interviews with the candidates is that most national parties are concerned about EU funding, and ways to get more funds for Latvia. A trendy topic is the need for extra funding for education and science, which is indeed a problem in the country.

Very few—or even none—of the EP candidates are talking about the importance of, for example, solving challenges related to the environment, and how this could be done at EP level. Most of the candidates are advocating for what they can get out of the EP, not what they could bring to EU level politics. Historically, EP candidates have always promised to get more money from the EP to implement local policies and regional projects.

It's important to take the promises of EP candidates with caution, since the work of MEPs is not just about promoting the interests of their respective countries. It is also worth looking critically at the promises concerning areas where the EU has limited influence, such as  culture, social policies, education, etc.

One of the priorities that candidates should be advocating for is the lack of sufficient funds for supporting agriculture. Latvia receives much less than other EU member-states. Thus, one of the tasks for Latvia's representatives is to actively advocate, together with others with similar interests, for reducing inequality in various sectors within the EU.

What Latvia's representatives could also work more on is foreign policy. For example, advocating for increased support for Ukraine, informing other member states of the challenges posed by Russian influence in the region, being more active in the EEAS East StratCom task force (the EU unit that fights anti-EU disinformation coming mostly from Russia and former Soviet Republics) etc. There needs to be a common understanding of what's important for the whole union in terms of security, and therefore the exchange of ideas, experiences and challenges is crucial.

When Europeans are asked about what concerns them in the EU, the top two answers are immigration and terrorism. Interestingly, in response to the same question, Latvia’s top concerns are almost the same. Even though the country of less than two million doesn't currently face either of these issues, they are topics that “play on emotions”. Some of the smaller, more radical parties are playing on exactly these fears, and even gaining some support.

According to Eurobarometer, EU citizens, including residents of Latvia, prioritize eight policy areas: growth, migration, security, social protection, environment, human rights, consumer protection and the future of Europe. Asked what values the EP should defend as a priority, 52% of Latvians chose the protection of human rights worldwide (EU 46%), 44% chose freedom of expression (EU 38%), and 35% chose solidarity among member states (EU 30%). Markedly different from the EU average, the Latvian population is much more skeptical about the need to defend gender equality (LV 17%; EU 40%).

Currently, half of Latvia's representatives are members of the European People's Party (Christian Democrats). This can be explained by all of the deputies being from the same national party - centre-right New Unity. Other MEPs are split between the Alliance of Liberals and Democrats for Europe (ALDE), the Progressive Alliance of Socialists and Democrats (S&D), the Greens/European Free Alliance (Greens/EFA) and the European Conservatives and Reformists Group (ECR). With the possibility of new members being elected from parties that have not had national representation before, this composition is expected to change.

Whilst the potential influence of only eight representatives in the EP is limited, it's important to stand for the interests of the citizens of Latvia. At the same time, we should remember that a strong Europe consists of strong member states who stand for solidarity and cooperation.

So, while we can certainly expect to see some new faces from Latvia in the next European, some of the current MEPs will likely be re-elected. The race is about to get going, and the candidates will have to prove their eligibility by demonstrating their experience and connections.

This article is part of our special series "27 Voices for Europe": As the 23-26 May European elections are looming, we have asked 27 journalists and columnists from as many EU countries to explain the main topic at stake in the electoral campaign. A series in collaboration with 27 media outlets from all over Europe.