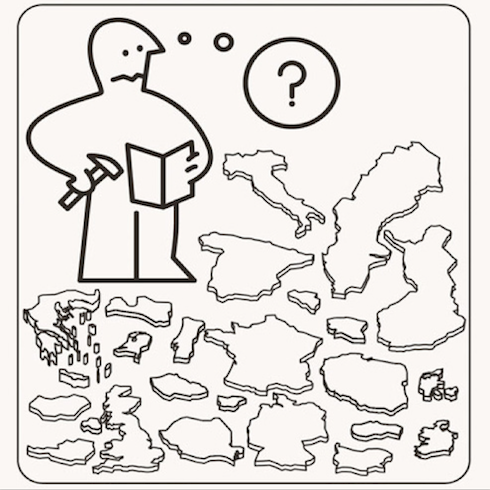 With national leaders apparently unable to act, such institutions as the European Central Bank, the German constitutional court, and the European Court of Justice are playing an increasingly influential role in European affairs. French political analyst Antoine Vauchez argues that their intervention amounts to a bending of the rules of democracy which urgently needs to be addressed.

Is there any better illustration of the current paradox of European democracy than the fact that its fate hangs in the balance in the decisions of the board of the European Central Bank and the rulings of the German constitutional court? European political leaders have become so convinced of their lack of legitimacy and their inability to win the “battle of credibility” that opposes sovereign states and the markets, they are voluntarily giving up their room for manoeuvre to “independent” institutions and automatic penalties (the notorious fiscal compact), thereby enabling judges (both national and European ) and central bankers to dominate the daily conduct of European affairs.

Better still, in a remarkable demonstration of upside down logic, these “independent” officials are monopolising the debate on the future of the political union, extending the scope of their intervention well beyond their mere mandate as civil servants: to wit the magic worked by the management of the ECB who have transformed a brief to maintain price stability into a platform from which they can demand structural reforms (labour market, wage agreements etc…) and, more recently, intrude on discussions on the architecture of the future political union…

And, let’s not forget that they are already directly intervening in the drafting of future treaties, as is currently the case with the mission attributed to the group of four so-called “wise men” who head the ECB, the European Commission, Eurogroup and the European Council.

Finally, we have been treated to the supreme irony of these “independents” calling on member states to fulfill their democratic obligations, with Bundesbank President Jens Weidmann and ECB President Mario Draghi banging on about the need for “democratic responsibility” in new institutional structures, and the German constitutional court positioning itself as the last line of defence for the country’s parliament etc…

All of this has served to highlight the precariousness of democratic legitimacy in the union, and the solid control exercised by “apolitical” institutions: courts, central banks, and other authorities and agencies etc. In spite of two decades of wishful attempts to reinforce the powers of the European parliament, the chain of delegation that connects democratically elected representatives to “independent” institutions has continued to lengthen.

In this context, it is hard to believe José Manuel Barroso when he says, as he did last June on the occasion of the G20 summit, that Europe does not need to “receive lessons” in democracy from emerging countries. Any attempt to reorient the course of the European project would have a greater chance of success if it took as its starting point the more realistic observation that European democracy is shrinking.

With this in mind, the introduction of direct elections for the presidency of the European commission – the current credo of German diplomacy — will not be enough to create a fresh momentum to push European politics towards greater democracy. This measure could even have the opposite impact if it is accompanied — as many German conservatives ardently hope it will be — by the granting of greater powers to the European Central Bank and the European Court of Justice.

The overhaul of the political union should in fact prioritise the bid to develop new forms of democratic connection with Europe’s “independent” institutions. In all likelihood, it is probably too late to restrict the scope of their competency, but there is still time to rethink the two pillars on which their authority has been based: a certain notion of their independence sustained by belief in their separation from vested interests on the one hand, and a certain assumption of scientific objectivity in their analyses and verdicts on the other.

Concerning the first of these points, the introduction of a form of representation for social partners and political minorities would act as a safeguard for an authentic ‘independence’ by ensuring that these emergent spaces for the conduct of European politics are not monopolised by particular groups, political camps or ideologies.

Such a pluralist approach is the only way to expand the scope of the debate on indissociably technical and political issues so that it is not the sole preserve of lawyers and economists: this is the second point. While they still have control over the nomination of the members of these institutions, national governments will have to take the initiative to open these black boxes. If they do not Europe’s democratic institutions – and in particular the European parliament — will be mere smokescreens.