Ideas 30 years after the fall of the Berlin Wall 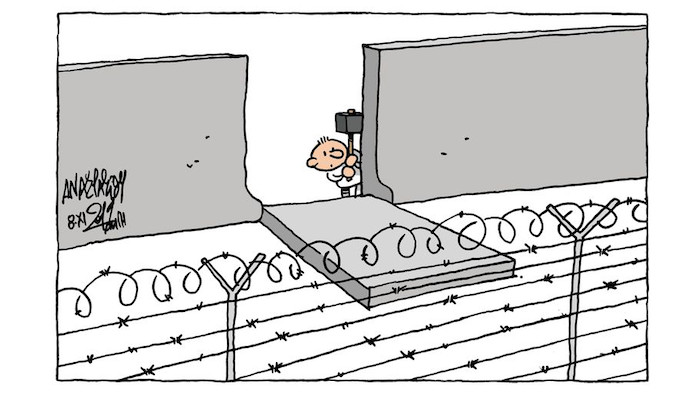 Ideas 30 years after the fall of the Berlin Wall

It’s time to write a new chapter in European history

Three decades after the event that marked the end of communist regimes in Europe, Guillaume Klossa and Roberto Saviano, co-founders of the Civico Europa citizens' platform, invite Europeans to build together a positive vision of their common future.

Our generation, which would be the first to benefit from the Erasmus programme, experienced the fall of the Berlin Wall and the collapse of the Soviet Union with unprecedented intensity. Continuous, live televised news was just getting off the ground, and we felt like we were experiencing capital-H history first-hand, that we were right in the middle of an earth shattering seismic shift. In the west, we were raised in fear of the atomic bomb, and we knew that many of our future fellow citizens in the east lived with terror in their hearts, the terror of being arrested by the political police.

In the west, as in the east, we carried within us the legacy of the two world wars. While we hadn’t experienced these wars ourselves, they continued to pervade our families’ imaginations. The fall of the Wall was of major symbolic importance: it put an end to the reign of Terror, and was a triumph for liberal democracy, guaranteeing the rights and liberties of individuals, protecting them from arbitrary rule and allowing them to freely participate in the choices affecting society. It was a new chapter in world history and… finally, the construction of Europe!

Thirty years later, what is the outcome? We should not underestimate it: Germany was, at lightning speed, bloodlessly reunified, Europe is for the first time in history practically united. With just a few exceptions, every country in the continent is brought together in the European Union. Citizens of this Union enjoy a Pax Europa along with advanced rights and liberties thanks to the European Convention on Human Rights, of which, paradoxically, few know the existence.

Europe remains a rich continent where economic and social disparities, even if they’ve grown with the economic crisis, are the lowest in the world. The European Union has also shown a remarkable resilience in the face of a dozen crises since the beginning of the millennium. Not that we overestimate these achievements. Europe today is a fragmented continent, within which nationalism and populism are making a comeback. Britain’s exit from the EU, if it in fact occurs, will be seen throughout the world as the foretelling of the old continent’s exit from the stage of History. We are far from that magical moment when, in front of the infamous wall, Mstislav Rostropovich performed an impromptu solo witnessed by tens of millions of viewers on live television.

Despite all the warning signs, we don’t believe for one second that the continent’s marginalisation is written in stone. On the contrary, more than anywhere in the world, citizens have managed to withstand the sirens of nationalism. The astounding turnout for the recent European elections has averted the expected onslaught of extremism. Better again, pro-European sentiment, measured by Eurobarometer, has never grown so much than since the announcement of Brexit. The desire to create a public European space which would allow us to think beyond our national frontiers, illustrated by the success of the transnational consultation WeEuropeans.eu, has never been so strong.

WeEuropeans, which reached 38 million European citizens in 27 countries and 24 languages, has shown that Europeans share the same concerns for their future: more sustainable progress, respectful of the environment and the livelihoods of future generations; hope for exemplary leadership, integrity and extreme democratic transparency; more social and fiscal justice; and the desire to put education and innovation back at the heart of society.

We Europeans have the opportunity to once again construct the place where the future is invented, but this invention can only emerge from a mobilisation of all the constituents of our societies. A conference on the future of Europe has been announced by European leaders: let’s make this the decisive moment for the democratic and civil renewal of our continent.

Categories
Conference on the future of EuropeCultureEurope