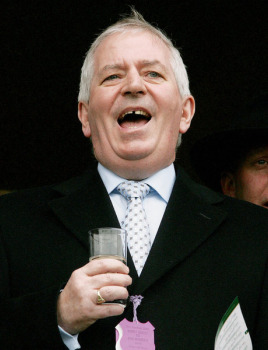 McCreevy and the Brussels afterlife

You really have to hand it to Charlie McCreevy, ex-European Commissioner. There he was, leaving his office at the Commish on a bitter cold February morn this year, no doubt with a couple of plastic bags full of personal effects, and gloomily contemplating what life might be from without the glass walls of Berlaymount. No doubt, as Europe sank into crisis, he did worry about the rent and whether there’d be a rasher on his plate for breakfast, but no, the Commish is generous. It set up a system of “transitional” payments to help former Commissioners like Charles McCreevy “ease into life after Brussels” which according to the Financial Times Deutschland amounts to a squiddly €135K per year, which is exactly how much my shoes cost.

La vita post-Brussels isn’t easy though, even if, as the Irish Examiner once noted, McCreevy also receives a Commish pension of €51,068 per year on top of his Irish ministerial pension of €70,710 on top of his pension as a Kildare North TD of €52,213. This brings his total annual pension to a laughable €173,000, which is what I paid for my dinner last night. The only conclusion you can sensibly draw from this is that life after Brussels is the biggest shock a man can have in this world, enough to turn him into a jibbering, unintelligible wreck. And I understand. That he continues to claim his "ease into life" payments.

But hang on. Post-traumatic stress disorder ex-Commissioner McCreevy in a tribute to human survival against the toughest odds of colossal salaries and tasty emoluments has overcome the shock and already sits on the board of NBNK Investments, a group that is setting up a new high street bank in England and planning to swallow another - AIB, Ireland’s largest. In addition to such achievements, Courage McCreevy has started working on the board of Ryanair for that incredibly irritating master of bug-eyed grimaces Michael O’Leary. Perhaps Ryanair, which as you may know are EU-subsidy scavengers supreme, are only paying McCreevy five pounds like a Ryanair flight and expecting him to top up the rest with his uncomfortable EU pension? No, they had to cough up an annual €47K. For me, that's just enough to cover my tips to the servants.

For Irish people, Charlie “Sacrifice” McCreevy is the man from the fertile, horse-famed county of Kildare who, back in the days of internal jousts in the ruling party Fianna Fail gave great moral lessons to our Bandit King, the late Taoiseach Charlie Haughey. Haughey loved robbing the plain folk of Ireland blind, but McCreevy was there warning us that the man who wooed the Irish nation with his unscrupulous piratical ahar! was not to be trusted. Charles “Soaraway” McCreevy, the moral fibre supremo, was there to show us that there was another way, a higher one, a Ryanair one.

You can unsubscribe at anytime *
Categories
European Union