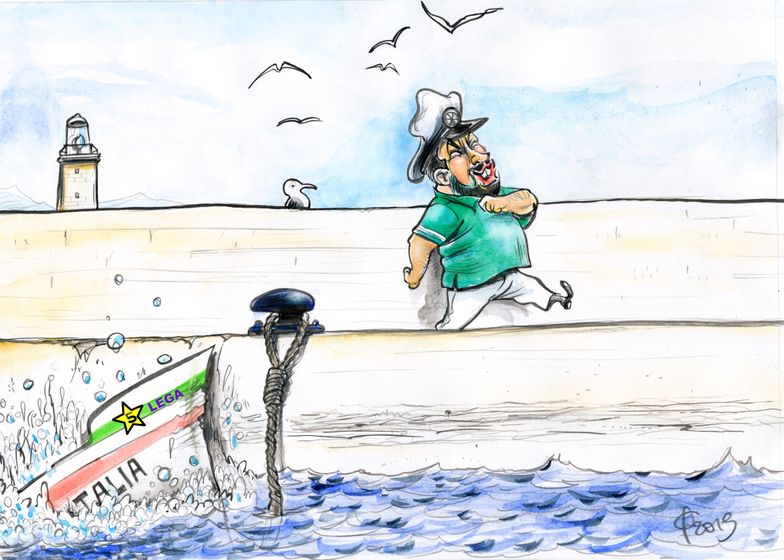 Interior Minister and leader of the far-right League party Matteo Salvini triggered a government crisis by announcing on August 9 that the majority his party formed with the anti-system 5-star Movement (M5S) no longer existed.

Dissentions with its ally broke out after M5S had voted in the Senate against continuing works on the Lyon-Turin high-speed line, a project supported by the League.

With polls crediting his party with 34 percent of voting intentions, Salvini called for elections "as soon as possible", and asked the Italians to grant him "full powers" on that occasion - an expression that evokes the one used by Benito Mussolini and Adolf Hitler as they were about to suppress democratic freedoms.

You can unsubscribe anytime *
Categories
Politics and democracyItalyItaly