Ideas After the European elections in France
Graffiti by Ericailcane in Niort. 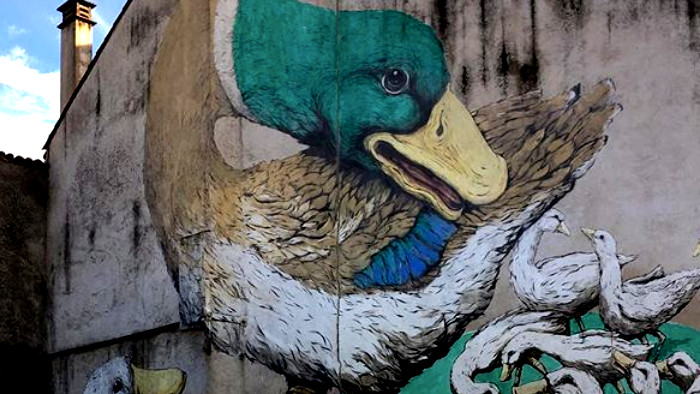 Ideas After the European elections in France

As president Macron’s ability to forge alliances in practice is finally put to the test at the European level, the far right’s second consecutive victory in an European election in France underlines the fact that the smallest of margins can still make a significant difference.

Having occurred for the second time in a row, victory in France for the National Rally – formerly the National Front – now seems normal in the European elections. French anti-EU voters have triumphed once again, albeit with their lead reduced to 200,000 votes. This means that while Emmanuel Macron’s ruling LREM suffered its first electoral defeat, there was less than one percentage point between the two parties.

Thus Marine Le Pen confirms her staying power, while her party’s 23-year-old spokesperson Jordan Bardella has carved out a robust profile for himself remarkably early in his career. Yet despite the gilets jaunes movement, Macron still achieved 22,4 percent, indicating that he is certainly not in the kind of trouble that Francois Hollande’s Socialist Party experienced in 2014, when it obtained just 14 percent. Macron wanted this election to be a plebiscite on his politics and he (almost) got away with it. Now his ability to foster alliances in practice at the European level is about to be tested too with Renew Europe.

The populist victory came amid a turnout of 51.3 percent, the highest in an EP election in France since 1994; in fact, the European elections have never been talked about so much before. This change in political climate was reflected in the success of the Greens, in the form of Europe Ecologie Les Verts led by Yannick Jadot. The party of choice for voters aged under 35, it achieved third place with 13.5 percent of the vote. The European Green wave has clearly reached young French voters, who are intensely aware of the urgency of issues raised by climate change and equally disappointed by Macron’s environmental policies. Their ideals are also about to be tested at a European level.

The European elections were a further step toward the reconfiguration of French party politics. The lead candidate of a joint list that brought together the Socialist Party and his own Place Publique, Raphaël Glucksmann may have declared shortly after the vote that ‘the Left in France is not dead’. Yet the Socialist Party only achieved 6.2 percent, less than half of its already dramatically reduced share in 2014 and 2010.

The conservative Republicans under the leadership of the young intellectual François-Xavier Bellamy were only a little better placed. Having chalked up the worst result for the Right in its history and fourth place behind the Greens, Laurent Wauquiez resigned as the party’s president. The operations that were at the heart of French political life for decades seem to have been utterly overcome by the three dominant political ideas of the current era: nationalism, liberalism and ecology.

Finally, the leftwing party Unbowed France weighed in with 6.3 percent, making fifth place ahead of the Socialist Party. Jean-Luc Mélenchon, who came a non-too-distant fourth in the 2017 Presidential Election, has implied that he too may now take a back seat in politics.

The traditional left-right opposition seems to have been consigned to history in France. What comes to the fore instead is the disconnect between the major urban centres that backed LREM or the Greens and those areas in the north, east and southeast that voted for the National Rally.