Ideas The ECB and the recovery 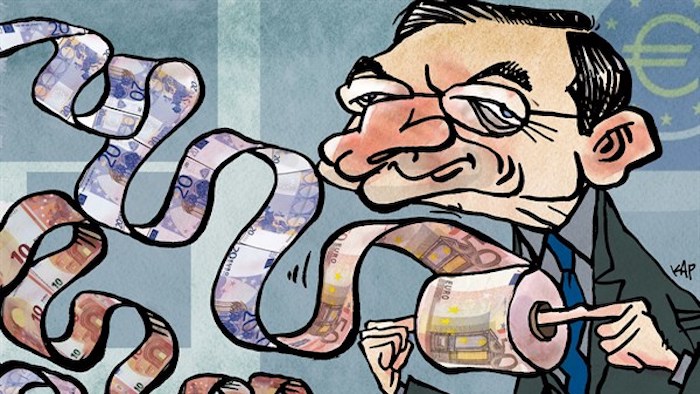 Ideas The ECB and the recovery

Open letter to my German friends

Not without reason, Germany is demanding a change of direction for the European Central Bank. The best way forward, however, would be to start by giving up on imposing austerity on the whole eurozone, believes columnist Guillaume Duval. 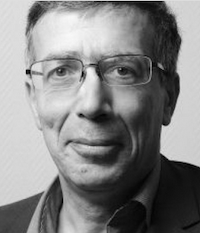 On September 12, Mario Draghi, outgoing president of the European Central Bank, announced a revival of quantitative easing, the policy designed to inject liquidity into the European economy. This announcement raised an outcry among you, my friends in Germany. Bild, with a supporting photo montage, went so far as to call Draghi “Count Draghila”, sucking funds from German savings accounts like a vampire. I want to tell you that even if many - like the Bild Zeitung - have obviously gone too far, you have many good reasons to be highly critical of the ECB’s monetary policy.

It’s true that the ECB’s policy is very unfair. It penalises the savings of the lower and middle classes, which are now only remunerated at very low rates - most often lower than inflation - while at the same time driving up the price of assets, shares and property. It is the richest, in Germany as elsewhere, who possess the bulk of all assets: everywhere, wealth inequality is far more evident than income inequality.

The ECB’s policy thus allows the richest citizens to rake in huge capital gains while disposing of assets. Meanwhile, rising property prices, maintained by ECB policy, make access to the property market much more challenging for those who lack assets, despite the low interest rates. Rent prices are also pushed upwards, slashing tenants’ purchasing power, as the speculators and brokers on the financial markets - the same ones who drove us into the wall in 2008-2009! - get back to raking in comfy revenues and commissions. At the same time, the lower and middle classes suffer the full force of budgetary austerity policies, which slash their purchasing power through tax increases and lower their living standards by reducing public services.

It’s true that the ECB’s policy, over time, has proven to have quite little effect - and is probably less and less effective as time goes on. While it has injected 2,400 billion euro into the eurozone since 2014, the economy’s recovery was all too temporary. The central bank has not met its goal of bringing inflation as close as possible to 2 percent, in order to avoid risking long-term deflation in the eurozone. Finally, it has allowed, by making credit less burdensome than ever, the survival of numerous “zombie companies” - businesses which lack sufficient innovation or productivity to remain profitable.

Further, this has ended up putting the brakes on the modernisation of the economy itself. It has also hampered the ecological transition by facilitating the pursuit of economic activities that are damaging the environment.

In short, my German friends and neighbours, you have many reasons to be highly critical of the ECB’s monetary policy, and to want to change it.

The problem, however, is that it’s you, above all, who prevent change. It is the attitude of successive German governments towards European economic policy (with broad public support) which makes it impossible to renounce quantitative easing. Germany’s insistence, since 2010, on a rapid return to general budgetary austerity had the notable outcome of the 2012 adoption of the Treaty on Stability, Coordination and Governance (TSCG). At the same time, German authorities insisted that their neighbours, especially the countries most in crisis, adopt drastic measures to lower labour costs and liberalise the labour market along the lines of Gerhard Schröder’s reforms in the early 2000s. This terrible, toxic cocktail caused the eurozone to tumble back into deflation and recession, cutting short the recovery begun in 2010.

To escape this trap, it was necessary, because of you, for the ECB to launch the quantitative easing that you condemn. Meanwhile, since 2017, the ECB has tried to normalise its monetary policy and stop injecting liquidity into the European economy. At the same time, however, pressure was maintained, especially by the German government and public opinion, for restrictive, deflationary budgetary and labour market policies in the eurozone. The predictable outcome, exacerbated by growing geopolitical uncertainties: the European economy has fallen back into stagnation, obliging the ECB to reopen the floodgates of quantitative easing.

You don’t want it anymore? Fine. You only have to stop idolising the Schwarze null (strictly balanced budgets) in Germany and other European countries. You also need to stop believing - and trying to make your neighbours believe - that competitiveness is the be all and end all of any economy. The German industry itself is living proof of the contrary.
In short, stop (at last) imposing deflationary policies on the eurozone, and the ECB will be able to adopt a monetary policy which is more reasonable and more in line with your wishes.