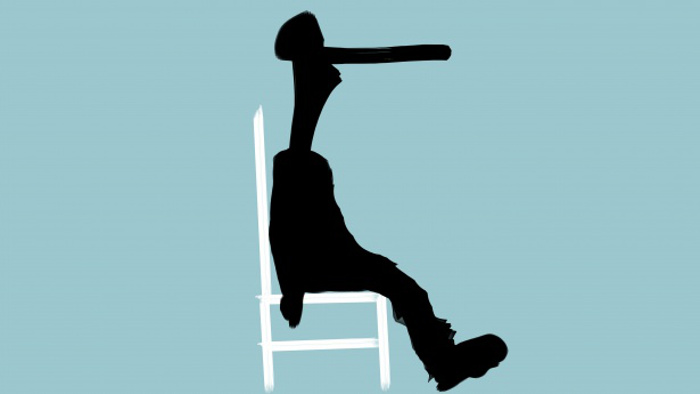 Over 5,000 Russian disinformation items in four years and a half

In election campaigns, Russian officials responsible for spreading misinformation are tireless. But even if there is no election, they do not rest.

The Kremlin-friendly disinformation machine works with an extensive and well-organized apparatus, primarily using social media to falsify or misrepresent real issues. EU experts on Russia’s disinformation aspirations also claim that when we talk about Moscow, we must not forget: there is always a violation of the territorial integrity of other states in their toolbox. And not just in a virtual sense.

The new show in town: Disinformation

5455: This is the total number of Russian originated disinformation items identified in the last four and a half years by a dedicated unit in the European Union External Action Service, called Stratcom. The results of their work – concrete cases and analyzes – are published on the constantly updated "EU vs Disinfo" homepage.

The first fake news that they identified as disseminated by one of the Kremlin-friendly media outlets, was published on January 6, 2015. The Russian news portal Sputnik said that one of the teachers at the University of Lvov (Ukraine) did not allow Russian students who use Russian social media sites to take their exams. The original article is no longer available on the net, but analysis of the news revealed that the teacher himself refuted the accusation. This first example also illustrates the Russian aspiration: to incite a strong sentiment against the Ukrainians accusing them of attacking Russians.

The number mentioned at the beginning of this article is steadily increasing, as dozens of disinformation pieces are reported by the EU service every week. The number was 2470 in the last two years, 1459 in the last year and 180 in the previous month.

If we look at the extent to which each country is affected, then Ukraine is the first, of course, as the main planner and implementer of attacks on Russians. But the presumed victim itself, Russia is following not far behind, with 2393 pieces of disinformation concerning it. The United States (1373) rank third and the EU (1040) comes next. If we look at the keywords, then a well-defined area of interest emerges:

The Kremlin does not spare Hungary

In the past three and a half years, the EU’s disinformation unit identified a total of 62 cases of press reports linked to Russian fake news/propaganda, in which Hungary is involved. We have selected a few, and this review reflects the disinformation efforts overall. In the nutshell, Russia is presented as a victim in the Russian-Ukrainian conflict, Muslims are accused of stripping away Europe’s future, and the US is believed to seek greater military influence in Eastern Europe.

For instance, on November 8, 2015 a Youtube account that has been deleted since then presented an opinion by an expert at the Russian Institute for Strategic Studies, created by the Russian president Vladimir Putin. According to him,  Ukrainian nationalists had never been independent, they have always been directed either by the Austro-Hungarian monarchy, the German fascists, or the Americans.

In the autumn of 2017, the Komomomskyka Pravda published a recurring story without evidence. Finland, Estonia and Hungary were said to be willing to force the Finno-Ugric peoples living in Russia to become independent and break away from Russia. To this end, these countries would keep under constant pressure and influence the cultural and scientific elite of the Finno-Ugric communities in Russia. Moreover, the story claimed that these countries called on their distant relatives to study abroad and then return to their home country for some kind of underground activity. The article basically suggested that the existing cultural co-operation actually was a cover for separatist activities.

In 2017, the time was ripe for Russian propaganda to start scaremongering with Muslim terrorists, although many Hungarian actors did the same. Then, a now defunct website called vilaglato.info claimed that on a ship which carried Muslim asylum seekers to Greece, authorities found a large stash of weapons and ammunition. It claimed that terrorists were preparing for a European 9/11 at Christmas time: only the location was unknown, but thousands of victims could be expected.

At the beginning of 2018, Russian propaganda on the Sputnik website claimed that Viktor Orban was right about George Soros. The site reported the opinion of the Hungarian prime minister, who argued that Soros was spending a lot of money in Brussels and at the UN to influence decisions. It stated that the EU's short-sighted policy did not guarantee the future of Europe, but rather sought to secure the interests of the international elite. To this end, George Soros was accused to seek to reduce labor costs and limit workers' contractual rights.

Shortly thereafter, Sputnik News outdone itself when it found out that there was something worse than Soros. It claimed that the US was fed up with Hungary's criticism of the EU's sanctions against the Russians. Washington wanted to force the Hungarian government to stand in line, support the sanction measures (which Budapest has always voted for), otherwise a US intervention and a "Venezuelan scenario" might follow. "This may be worse than the demonstrations that George Soros recently organised," the analysis concluded.

A latest instance of fake news is related to the fire at Paris Notre-Dame cathedral. The Hungarian outlet Magyar Express wrote that the majority of the French right-wing people thought that terrorists started the fire at the cathedral, and that the French state media falsified information about it. For example, it also stated that the first firefighters did not find a fire, so they left the scene. It appears that this Hungarian story was part of an international disinformation effort, as these conspiracy theories target the whole of Europe and a collection of 33 articles on this can be found on Stratcom’s website.

We wrote earlier that elections and referendums are high on the agenda for disinformation activities. There are quite worrying figures available for this based on data from four campaigns.

In the case of the 2016 Brexit referendum, Russian-friendly Facebook and Twitter accounts published 18.5 million anti-EU posts. 150,000 Twitter users were identified as regularly distributing disinformation. During the 2017 German elections, 2840 Kremlin-friendly social media users were identified as generating online debate, but always on the side of a particular political party. On the day of the 2017 unofficial Catalan independence referendum, 2,000 percent more Twitter posts which can be linked to Russian accounts occurred compared to an average day. In the 2018 Italian parliamentary elections, more than 90 percent of the content created by Russia Today and Sputnik targeted Italian anti-immigration communities. In this campaign, the Kremlin's tactics were clearly meant to strengthen anti-immigration sentiments in Italy.

On this basis, we get an outline of what was expected from Moscow during the European elections - in all domains. EU Stratcom summarized their forecasts in ten points.

On this basis, it is difficult to decide whether there was a greater stake for the European elections in Brussels or in Moscow.