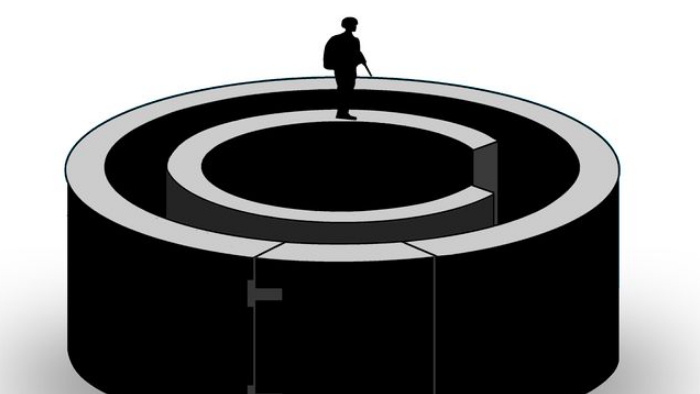 Supporters of the freedom of the web weigh in

The row over the EU copyright reform has triggered a wave of protest in Germany. Young Internet users in particular want to settle scores in the EU elections and are calling on voters to boycott the CDU/CSU and the SPD. In the Czech Republic too, the issue has emotions running high.

The storm of protest was not long in coming: as soon as the news that the European Parliament had approved the copyright reform popped up on smartphones users went into a frenzy on the social networks. In tweet after tweet they voiced dismay over the loss of Internet freedom, anger at the ignorance of the MEPs and appeals for resistance to Article 13.

The niche issue "copyright reform" suddenly gained huge mobilisation potential. At least in Germany, it drove tens of thousands of protesters onto the streets on the weekend before the vote – and in the weeks before Internet activists had already repeatedly demonstrated against the directive. The tagesschau website made the following observation: "Shortly before the European election, the majority in the European Parliament is antagonising a predominantly young and pro-European group of voters."

For the parties of the ruling coalition, the CDU, CSU and SPD, the passing of the copyright reform could have tangible consequences on election day. Calls for a boycott spread like wildfire on Twitter, interspersed with hashtags like #niewiedercdu (never again cdu) or #niemehrspd (never again spd). The German government had given its approval for the reform in the European Council despite having previously stated its opposition to upload filters in the coalition agreement. Justice Minister Katharina Barley (SPD) will vote in favour of the controversial reform at the EU Council of Ministers on 15 April, even though she has repeatedly stressed that she is against Article 13 (now Article 17 in the current version).

"For many people who are young or have only recently become politically active, the protest against this reform is their first contact with European policy. And to make matters worse it comes shortly before a vote that many feel will point the way ahead," Zeit Online complained, accusing the politicians of arrogance and ignorance regarding this key group of voters. "It's not that they didn't implement their will that is problematic, but that they didn't even take the protesters' arguments seriously," the online paper added.

The website Business Insider suspects that young voters in particular will now seize the opportunity to teach the big parties a lesson on the day of the European elections. "In the 2014 European Elections turnout was lowest among those aged between 21 and 24 in the generational comparison: only 35.3 percent cast their vote. This may change in the election on 26 May – due to the mobilisation on the web."

Resistance in Poland too – but for instead of against the reform

In most other EU member states, the decision in Strasbourg made less waves than it did in Germany. On 23 March, when the protests peaked, people across Europe demonstrated for Internet freedom and against Article 13. But in other countries the public debate didn't reach the same level of intensity – with the exceptions of Poland and the Czech Republic.

In Poland, the copyright reform also became an anti-government topic – however, the situation was the opposite of that in Germany. On the day before the vote in the EU Parliament around 30 Polish newspapers appeared with blank front pages in an appeal to the MEPs to vote for the reform.

They resorted to this measure because Poland was one of the few countries that had voted against the new copyright law in the Council of Ministers, along with Italy, Finland, Luxembourg and the Netherlands. The newspapers' appeal was therefore also an anti-government protest. "Simple and free access to cultural goods online would condemn us, their creators, to shutting down our editing offices and giving up this profession for good,"wrote Rzeczpospolita newspaper explaining its support for the reform.

Besides Germany, the debate was above all prominent in the Czech Republic. The Pirate Party, which has held seats in the Czech parliament since 2017, called demonstrations in a dozen Czech cities on 23 March. In the Czech Republic, as in Germany, Slovakia and Denmark, Wikipedia was deactivated for 24 hours on 12 March in protest against Article 13.

Most Czech newspapers backed the reform in their opinion pieces, however. Following the vote in the EU Parliament the daily paper Hospodářské noviny tried to allay fears: "No one is about to switch off the Internet or censor it. It will continue to function. What is legal now will remain legal. And for normal users nothing will change."

Whether the Czechs will let it go at that or use the European elections on 24 and 25 May to settle scores remains to be seen. The latest polls put the Pirate Party in second place after Prime Minister Andrej Babiš's ruling party ANO.

This article is published in partnership with euro|topics' "election monitor" project.