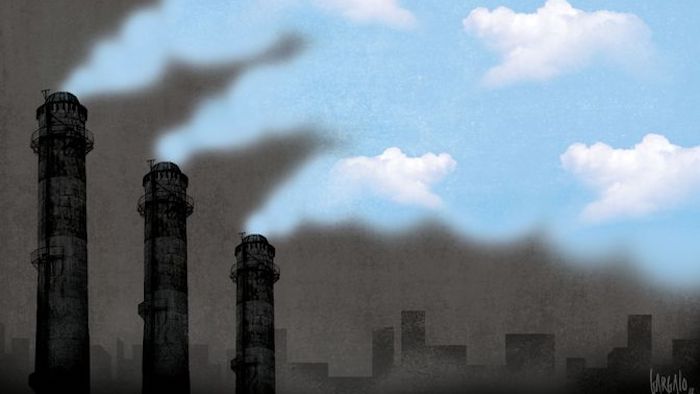 The case for negative emissions

The debate surrounding climate change mitigation runs according to a simple principle: unwanted technologies are being ruled out. Nuclear energy has served its use, demonstration projects for carbon capture and storage are practically dead in the water, while energy from biomass is set to remain very limited.

Technologies that remove carbon dioxide from the atmosphere, generating what are known as “negative emissions”, are likewise unpopular in the climate change debate. These methods include well-known options like re-forestation programmes, since trees store carbon dioxide as they grow. But the term also includes ideas like artificial trees and ocean fertilisation.

One of the most important techniques in the field is bioenergy with carbon capture and storage, where biomass is burnt or gasified in power stations with the released carbon dioxide isolated and stored in naturally formed chambers deep underground. At best, such options are seen as a plan B. In a report on the state of climate, the International Panel on Climate Change put great emphasis on the importance of these technologies if ambitious cuts in emissions are to be achieved. But this has changed nothing on the ground.

The recently set target for temperature rise is already not achievable without negative emissions. At the UN climate conference in Paris, the international community agreed upon limiting climate change to under 2 degrees. In doing so, it accepted the atmosphere’s limited absorption capacity. We can still emit around 1,000 gigatonnes of carbon before we reach this point. By then, the world must be fully decarbonised. This is what has been explicitly stated in the climate treaty.

Time is running out. Each year we use up around 4 percent of the remaining carbon budget by burning coal, oil and gas – that means already more than 20 percent since 2010. Negative emissions would buy us time because we’ve got off to a slow start in protecting the climate, overdrawing on our carbon budget in the short term and paying it back later with interest – like a bank loan. The total costs are higher, but if we can use the extra breathing space well, we can achieve things that would otherwise be difficult to do by carbon cutting alone.

What’s more, these CO2 absorbing technologies should help us to compensate for greenhouse gas emissions that are hard to avoid, in particular methane emissions from cows and other ruminating animals, nitrogen emissions from fertiliser use, or certain carbon emissions in the transport sector. Without these compensating technologies, it is inconceivable that we can succeed in fully decarbonising human activity.

The short-term emissions reductions proposed by countries in the 2016 Paris agreement will not even be enough to stabilise emissions at their current level by 2030. They will continue to rise, even if at a much slower rate. If this is indeed the case, we will be left with 15-20 percent of our carbon budget. Without CO2 absorption, the emissions in subsequent years will have to fall by much more than 10 percent per year in order to reach our target of two degrees.

Even wind energy is now only desired if it is not in our backyard. There may be good reasons for all this. But we rarely ask ourselves whether the other options available are enough to achieve our carbon reduction targets.

The Paris agreement has set out an international climate policy that has quietly betted on the wide-spread availability of negative emissions technology, because countries are not prepared to carry out drastic emissions reduction in the near future. This was not discussed; attention focused on a more ambitious target of 1.5 ºC with an even tighter carbon budget, which somehow found its way into the agreement. This could be seen as either courageous or schizophrenic: keeping to the 2ºC target is already no longer possible without unpopular negative emissions technology – they are now part of our plan A for climate protection.

One thing is clear: the diplomats’ bet is risky. The longer we waiver on sustained global emissions reductions, the more we will have to rely on negative emissions to reach our climate targets. And the use of these technologies brings with it many risks and uncertainties. Our scientific understanding is very patchy. Many of these technologies have still not been widely tested and are still far away from any commercial application. Even if individual technologies differ hugely when it comes to risks, costs and stage of development, they have one thing in common: there are serious barriers to their wide-spread implementation, even if at very different levels. Some technologies require large tracts of land, while others are very energy intensive.

Many climate mitigation strategies with small immediate emissions cuts require large compensations through negative emissions in the second half of the twenty-first century. Current research shows that negative emissions are possible, but not whether at the scale required. We are therefore placing our hopes on a carbon credit from the atmosphere without having precisely checked the small print, or our ability to pay it back. Something that no one will privately take responsibility for has remained on the global stage of climate diplomacy without any consequences.

Some will now argue that, because of the risks and uncertainties around carbon absorbing technologies, we should replace the 2ºC target with a less ambitious long-term goal. This perspective is misleading because the greatest risks from climate change come when warming accelerates. Instead we must consider how we can come to an ambitious short-term climate mitigation policy so that we can reduce our dependency on these uncertain and sometimes risky technologies as much as possible. If not, we will be placing a dangerous bet whose costs will be felt by our grandchildren.

But above all, we must stop ruling out these technologies from the debate. They have now become part of the solution. They must be vigorously researched and tested. It is only by doing so that we can learn about their possibilities, risks and limitations, and so better estimate their potential. Climate policy is an iterative process of weighing up risks. This requires an open, broad discussion without premature exclusion of any technologies. If the international community is truly serious about protecting the climate, it must reduce emissions wholeheartedly and leave behind its mistrust of technology.