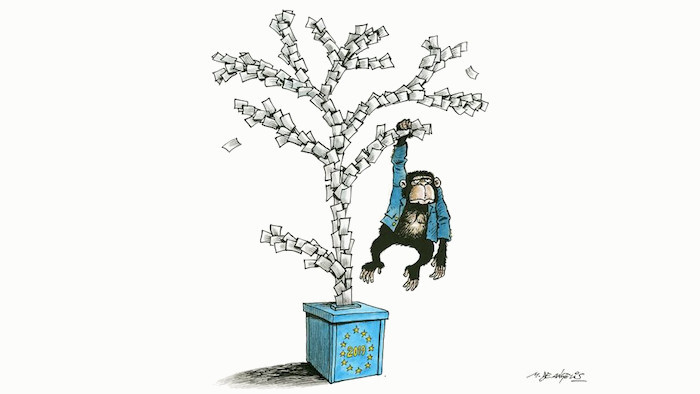 ‘The Europhobe and the Eurosceptic tide have been contained’

What are European dailies saying about the results of the European elections? On the day after the poll we have selected a few of them so as to offer an overview.

Between the 23 and 26 May, EU citizens were called to cast their vote for the renewal of the European parliament.

On average, in Europe, the electoral turnout was higher than 50 per cent. This year’s turnout was the highest since the late 80s. Nevertheless, the European aggregate value hides significant differences at a national level. In EU Member states such as Belgium, Denmark, Luxembourg, Germany, Malta and Spain the turnout reached beyond 60 percent. Counterwise, in Croatia, Czech Republic, Slovakia and Slovenia less than 30 percent of voters went to the ballot boxes.

The electoral results give back the following distribution of seats in the European Parliament, if scanned according to the former Political Groups in the EP (which, however are likely to change in their composition): European People’s party (179), Socialists & Democrats (150), Alliance of Liberals and Democrats for Europe (107), European Green Party/European Free Alliance (70), Alliance of Conservatives and Reformists in Europe/ European Christian Political Movement (58), European Alliance for Freedom (58), Alliance for Direct Democracy in Europe (56), European United Left–Nordic Green Left (38), Non-Inscrits (7), Others (28).

Given that the EU elections are held at a national a level, and that each country elects its own MEPs, commentaries about the Paneuropean vote oftentimes are framed through national lenses. What follows is a press-review as of the morning of the 27th of May dealing with the results of the 2019 EU Elections.

It’s time for Europe to show what it can do**

Die Zeit, Hamburg
In an op-ed, Ulrich Ladurner argues that the power-balance within the new European Parliament could not be clearer: “The vote strengthened the Greens, increased the ranks of the radical right, weakened the centre-right, and scaled down the centre-left”. More generally, the EU appears to be torn apart: “In two of its core Member states – namely, Italy and France – “right-wing populist parties are the strongest forces in the country”. Henceforth, what should the priorities for the EU be right not? “Europe must win back these votes”. To do so, the EU must be able to show that “globalisation does not equal to the dismissal of the middle class”, that “a focus on competitiveness does not imply anti-social policies”, that “fiscal justice and climate change are at the heart of policy making” and that “migration flows can be steered”. 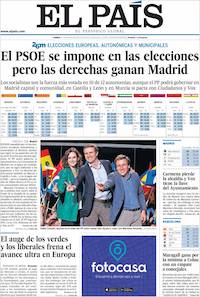 According to Lluís Bassets, notwithstanting the vote for populist forces, the elections show that people “care” about Europe and that Europe still “makes people move”. This result is all the more important if the widespread “pessimism and uncertainty about the future of the EU” and “Brexit” are taken into consideration. However, besides the increase of support for populist parties, Bassets underlines the “support for green parties by younger generations”. The outcome of the elections is the “fragmentation of the European party system”. Last but not least, speaking of political leadership, the French President, Emmanuel Macron, appears to be the key loser of the contest, whereas, Italian Matteo Salvini stands out as a winner. The big question for future times is “whether the presence of a sort of ‘anti-European Europeanism’ within European institutions will create new incentives for – or breaks to – the process of European integration.

Six lessons to be learned 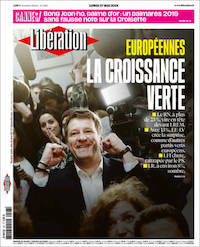 The Brussels-based correspondent of the French newspaper, Jean Quatremer, argues that there are six key lessons to be learned from the vote. Besides the focus on the turnout rates, also Quatremer deals with the fragmentation of the EP. On the one hand, “the duopoly of the centre-right and centre-left came to an end”. On the other one, the centrist and “liberal group is called to become a key bridge” for any future alliance. Instead, the result of the Greens came somehow “unexpected”. The increase in voter-shares is mostly due to the political dynamics in EU Member states such as “Belgium, France, Ireland and Germany”. Compared to Bassets and Ladurner, Quatramer has a different view on the populist surge: “Although the strong result of Salvini, the Europhobe and the Eurosceptic tide has been contained, if not broken down”. 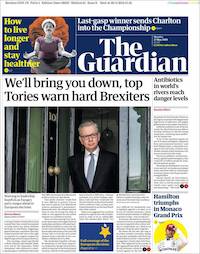 Martin Farrer gives yet another interpretation of the result: “The four Groups that, generally said, can be interpreted as pro-EU, lost less than 20 seats overall, and gained some 505 seats out of 751”. The liberal group (ALDE) and the Emmanuel Macron deserve much credit for this result. “Notwithstanding his loss vis à vis Marine Le Pen”, the French President Emmanuel Macron, “was able, once more, to defy the competition of the socialist and centre-right wing parties in France”. Similarly, in the UK, the surge of the Lib Dem party - who came second only to Nigel Farage’s Brexit party - was crucial. 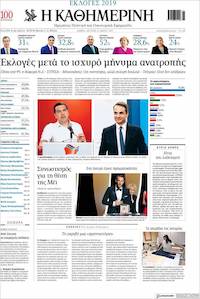 In Greece, the centre-right party, New Democracy, won the elections ahead of the leftist governing Syriza party. As a result, Greek PM, Alexis Tsipras, announced the organisation of snap elections. Henceforth, Nikos Konstandaras, describes the vote as a “political earthquake”. The upcoming weeks and months, “will be a key moment for the nation”, but also, for “the relationship between the Hellenic country and its EU partners, and international creditors”. Both, Tsipras and Mitsotakis (the leader of New Democracy) “bear a huge responsibility for bringing the country to early elections”: a country plagued by political divisions would risk to “frustrate” the economic and political “sacrifices of the past ten years”. As a result, Greece could end up in a “worse position than before”.

In Austria everything goes unnoticed 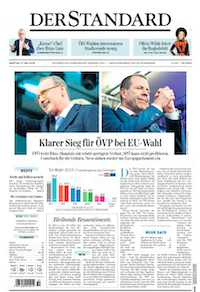 The daily's correspondent in Brussels, Thomas Mayer, describes the electoral result as “a blow to the European centre-left and centre-right”. Mayer explains that Viktor Orbán’s decisions about whether to stay in the EPP or not will be pivotal, as the party of the Hungarian Prime Minister, Fidesz, won 51 percent of the popular vote in the country: “If Orbán leaves the EPP to form an alliance with Matteo Salvini and Marine Le Pen, the EPP would be left with a few numbers of seats more than the socialists”. This would change the whole game of alliances and the “lengthy and hard negotiations” ahead for the election of the new President of the European Commission. In other news, Michael Völker writes that the result of the European elections was surprising as voters punished only moderately the far-right party, FPÖ, which just dropped out of the governing coalition, because of a major political scandal.

444, Budapest
Peter New e Péter Mayari argue that although scoring an impressive 51 percent, the leadership of Fidesz “did not look euphoric on the party stage” on the election night.  “Probably, this is due to the fact that the Hungarian party was expecting a breakthrough of other populist nationalist forces across Europe”. As of now, Fidesz appears “not to be in a comfort zone”. Indeed, Orbán’s party must decide with which block to sit down in the European Parliament with its 13 MEPs, after an electoral campaign plagued by “a tense relationship with the EPP”.