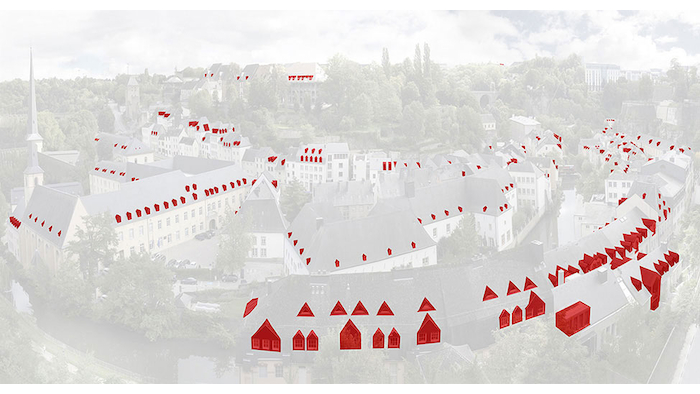 The Grand Duchy’s European solidarity has its limits

Tiny Luxembourg is a big exception. While this year’s European elections are generally viewed as a fight against the threat posed by rising anti-European populism, in the Grand Duchy the subject of Europe does not unleash any controversies, says Christoph Bumb.

All the country's larger parties are in favour of a strong EU. There are no extremist movements. In no other EU country is the European project as uncontroversial as it is here. In Luxembourg the elections are no more than a compulsory exercise to allocate six seats – less than one per cent of the total in the European Parliament.

Whether it’s the promotion of European integration, the creation of a European foreign policy or solidarity with regard to refugee policy, this EU founder member can always be found on the front line when it comes to advancing the European project. Yet there is one important policy area in which no one should count on spontaneous Luxembourg Euro-enthusiasm, even after the elections, and that is taxation policy. When it comes to tax, the notorious ‘tax haven’ with its 600,000 inhabitants defends its national interests with considerable determination. European solidarity has its limits – even for Luxembourg.

“We cannot accept any rules that will curb our competitiveness and therefore, indirectly, our growth,” was the response of Luxembourg’s Prime Minister, Xavier Bettel, to the Commission’s plans to introduce an EU digital tax, for example. EU efforts to harmonise the tax systems of its member states regularly meet with fierce resistance from Luxembourg governments. This defensiveness can be seen most clearly in the current debate about abolishing the requirement for unanimity in EU tax matters. The tone may be unfailingly courteous, but the substance of the Luxembourg response is a decided “Count us out”.

Ever since the “Lux Leaks” of November 2014, the whole world has known Luxembourg’s “dirty little secret”. Its image as a small, model European state was severely dented by the ensuing international media coverage. There have been real changes since then, however: Luxembourg has abandoned bank secrecy, opened itself up to international discussions, and ended certain excesses in its decades-old tax avoidance policies for corporations and wealthy individuals. That corporations can use letterbox companies in Luxembourg to effectively evade paying tax on their profits, however, remains an uncomfortable truth to this day.

At the same time, an unprecedented situation has prevailed over the last five years: in 2014 Jean-Claude Juncker – the politician who did more than anyone else to create Luxembourg’s controversial business model and is the person most associated with it – was elected to the position of President of the European Commission. And it was Juncker’s Commission that insisted – not unsuccessfully – on making progress in the fight against European tax havens. In other respects, however, the Luxembourger’s record as head of the European executive has been mixed.

That Luxembourg is such an exception in European politics is also partly due to the fact that the small country is in a league of its own both economically and socially. The expansion of its financial centre has led to a more than tenfold increase in GDP since the 1980s. Until the financial crisis, Luxembourg’s economy had been growing at an average of five per cent per year. Per capita GDP is more than 90,000 euros – almost three times higher than the EU average and more than ten times that of the worst performing EU member, Bulgaria. Luxembourg’s state welfare standards, too, have no equal in Europe. Along with the fact that multiculturalism is firmly rooted in Luxembourg society, these are probably the reasons why populist parties have so far stood no chance of success here.

Luxembourg’s prosperity is of course directly linked to its economic openness and dynamism. You could call it “aggressive tax management”, as indeed the European Commission did at the beginning of the year. These regularly recurring accusations stand in contrast to the image of the European “model member”, “bridge builder” and “honest broker” that successive Luxembourg governments have carefully cultivated. Yet ultimately they strengthen the overwhelming consensus where Luxembourg’s European policy is concerned: fundamentally progressive and pro-European, with a distinct tendency to a blockade mentality when it comes to tax matters.

On the other hand, the pressure on global tax havens is gradually easing. In the prolonged “polycrisis”, to use Juncker’s term, around Brexit, asylum policy and trade disputes, the question of greater tax equity has been pushed into the background. Even though Luxembourg’s government plays a positive role in many EU policy areas, it will be perfectly happy for this situation to continue a while longer after the elections and the formation of the new Commission.

In addition, the global economic context has changed. Most national economies in Europe are experiencing an upswing. At the same time, in many places the effects of the financial crisis can still be felt only too clearly. Luxembourg is not keen on the suggestion that there may be deeper reasons for the social inequalities within and between EU member states. The political upheavals caused by the re-emergence of nationalism and far-right ideologies, too, are viewed here with interest, but from a safe distance. And yet Luxembourg is of course not indifferent to developments in the EU. Almost more than any other country, its economy is dependent on a strong EU with a well-functioning Single Market.

“When the country is doing well, the people should do well too” is the motto of the coalition government made up of Liberals, Social Democrats and Greens that was re-elected last year. Since then, it has been cheerfully forging ahead with its policy of distributing the yield from the Luxembourg model. Yet the Luxembourgers themselves sense that their success has a flipside. That their much vaunted sense of European solidarity is highly selective. That not everyone can have it as good as they do themselves. And that, in the long term, their (tax) haven in the heart of Europe can only thrive at the expense of others.