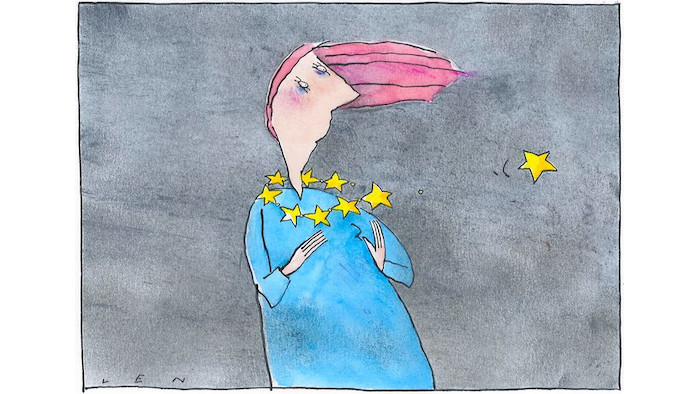 Brexit has finally happened. What responsibility does the media have in this democratic debacle?

Europe did not fall apart on this 1st February 2020, but it did wake up with a nasty hangover. Brexit finally happened. The United Kingdom is no longer a part of the European Union. 43 months after the fateful referendum in which a (small) majority of the British chose to sever ties with the Union, all but everything has been said on the subject: its causes, its impact, and its consequences. Including here.

So we will not rehash the referendum campaign, the negotiations that followed or the agreement’s chaotic passage through the British institutions. While we do not contest the result of the referendum, we believe that this saga will turn out to be a textbook case of the failings of democracy. And Brexit represented another failure too: that of national media to fulfil one of its essential roles – to provide citizens with the tools to make informed choices.

Politicians cannot (alas) be blamed for using every trick in the book to convince voters. But the media has a duty to expose them when they mislead citizens, and to assert and reassert the facts. Yet the debate over Brexit before and after the referendum revealed a widespread and deep ignorance of how Europe works and what it does – and not only among those most concerned, the British.

The supporters of "Leave" thus had an easy job convincing a public that had been weaned over decades on (often primitive) Eurobashing. Their task was made easier still by the fact that the press, when it was not on their side, had difficulty making itself heard and often lacked the necessary tools to call out falsehoods and chicanery.

The lessons to be drawn from this affair might seem banal if they were not so urgent. In order to counter deceit with indisputable facts, journalists must first know the facts. It turns out that there are still [too few journalists]() with the training and experience needed to explain Europe and the EU. Meanwhile news organisations accord too little importance to European news, due to ignorance, prejudice or simple indifference. As a result, unscrupulous politicians have free rein, and citizens – deprived of reliable and detailed information – are at the mercy of stereotypes, disinformation, filter bubbles and outright manipulation.

Like the British, European citizens have a right to honest and high-quality information (not synonymous with neutrality) that brings them closer to each other and to their shared institutions, including when those institutions are to be criticised and questioned. This is the essential precondition for a genuine European democracy and why, together with our partners and many others across Europe, we will remain more vigilant and mobilised than ever.