Ideas The EU and refugees 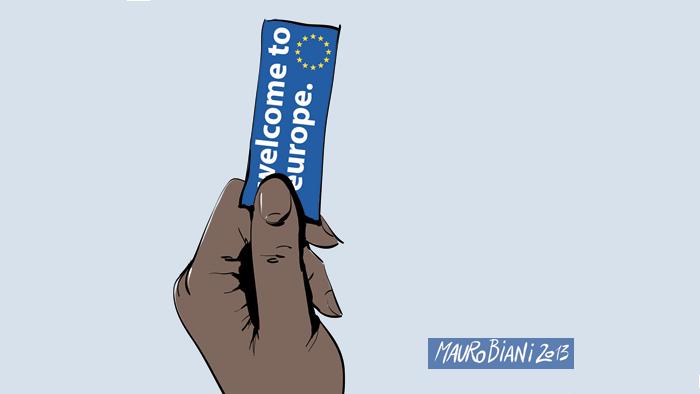 Ideas The EU and refugees

A call for a humane migrant policy and a Federal Europe

Promoted by the Young European Federalists of Pescara in collaboration with Europe in movimento, the following appeal calls on European leaders to suspend the agreements recently signed with Turkey in the field of refugees and the adoption of inclusive migration policies.

Human beings keep dying in the Mediterranean Sea – only two weeks ago about 500 people according to UNHCR met their death as they were trying to cross the sea between Libya and Italy. Meanwhile the responses of European decision-makers do not appear to shift from an established pattern of opportunistic uncertainty, selfish denial of responsibility, securitarian obsessions, bureaucratic pettiness and renewed barrier-building contradicting the very foundation on which Europeans meant to re-construct their polities and build their common home after the new Thirty-Year War in the XX century.

The EU-Turkey Agreement is a case in point. It has been severely criticized, even before its coming into force, for granting Turkey the status of “first country of asylum” and “safe third country” in the face of repeated violations of refugees’ rights on the part of the Turkish authorities. Fifty-nine MEPs across the political spectrum questioned the compliance of the Agreement with the principle of non-refoulement and the Parliamentary Assembly of the Council of Europe (PACE) raised human rights questions over EU-Turkey migrant deal. The PACE resolution's rapporteur Tineke Strik stated the Agreement “at best strains and at worst exceeds the limits of what is permissible under European and international law” .

As European citizens who are deeply concerned about the approach European politics has taken in relation to migrants and refugees, we would like to draw your attention to an appeal – “Without a humane migration policy and a federal Europe there is no future” – which was drafted at the beginning of April by the Young European Federalists of Pescara in collaboration with the Italian group “Europa in Movimento”.

Among other things, we demand the suspension of all agreements on migration matters recently signed with Turkey and a wholesale change of policy. You will find the details of our proposals in the text of the appeal (at bottom). Of course we do not merely intend to correct a bad course of action. In promoting this appeal we also aim to contribute to reconstructing the European project together with migrants and refugees.

After a good response in Italy, where we collected in a few days more than 500 individual signatures and we received the support of 50 associations, we are ready to promote the appeal at the European level with the signatures of the first 130 individual endorsers from 18 European countries, representing a variety of organizations and ONG working on refugees and migrants issues.