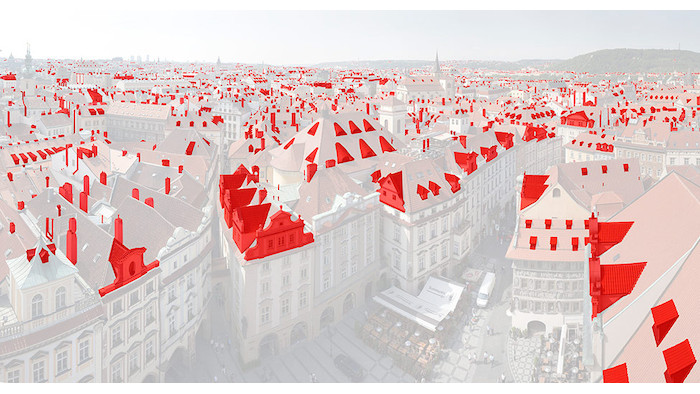 A deeply divided country goes to the polls

The upcoming European elections are being framed as a contest between pro-European political forces and anti-European populists. In fact, the reality is much more complicated. But if we accept this dichotomy, the Czech Republic can theoretically be used as an example of its existence. However, not in a way that supporters of further European integration, such as French president Emmanuel Macron, would probably wish.

In Czech politics, the battle between those who want to strengthen the EU and those who want to destroy it has been fought for the last 15 years, since the Czech Republic’s accession to the community in 2004. However, this is largely an ideological fight based on empty slogans. Serious arguments are lacking. And, looking at the campaign before May’s elections, one can hardly expect this sorry state of public discourse to improve.

The Czech Republic needs the EU like few other European countries. It sends around 85 percent of its exports to the single market. Thanks to its location in Central Europe, it has no external border. The smooth functioning of the EU is clearly in the Czech national interest.

Yet, for the last 15 years, the Czechs have not been willing or able to debate what kind of EU would best serve their interests, nor how like-minded allies for their vision of European integration might be found — because there is no vision to speak of.

Instead, Czech politics and public discourse is divided into two opposing camps. One supports anything that is preached from Brussels and, in its eyes, all criticism equals heresy. The other warns of “Dictates from Brussels” and wishes either for a complete disintegration of the EU, or, unrealistically, for its return to a state prior to the Maastricht Treaty.

There is no real dialogue between these two extreme stances. No wonder – dialogue is hardly possible when both sides too often lack even basic knowledge about the functioning of European integration.

The EU has never been a priority for either Czech politicians or intellectuals. In fact, besides the “usual suspects”, it is extremely difficult to find anyone who would be able to talk to the public about the EU in simple, convincing - and not reality-distorting - terms.

Can things improve with the current campaign? Hardly. Czech politics has in recent years been dominated by current prime minister Andrej Babiš. He is rhetorically pro-European. At the same time, he defends all the actions of his Hungarian colleague Viktor Orbán, and insists that the main issue of this campaign is going to be migration.

One example? This is how Babiš dismissed recent proposals tabled by Macron for further development of the EU: “Out of touch with reality,” he said. Nothing more. This is not an example of a serious European debate, especially when Babiš himself was not able to present anything resembling a vision of his own. Indeed, he cancelled his speech on the future of Europe which had been scheduled for the European Parliament in January.

Therefore, this election will be another missed opportunity – Czech politicians will, for the umpteenth time, not debate the place of their country in the EU. Instead, it will be a contest over who is better able to defend Czech borders against migrants.
This is despite the fact that there are many well-regarded Czech MEPs in the current European Parliament. However, they remain largely unknown to the public. And the same can be said of the EU.