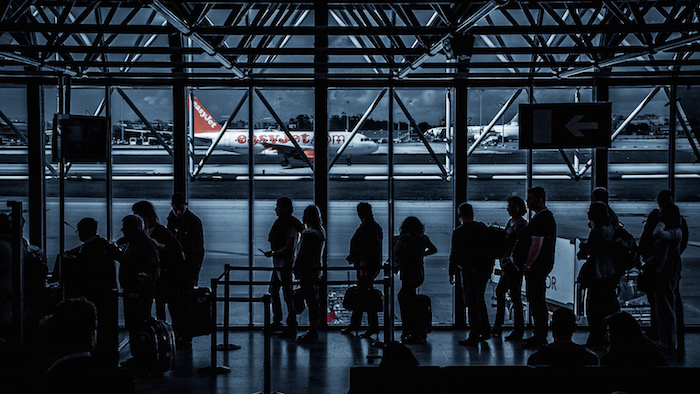 A Generation on the move

Launched by a group of European data journalists, the Generation E project collects the stories of thousands of young Southern Europeans who left their country in search of better job opportunities or education.

We’re at the starting point of a pan-European project that aims to collect data to help us understand this phenomenon – the who, where, when, how and why of this migration of young people from Southern Europe who are leaving, at least temporarily, their countries.

The survey, which collected thousands of stories from Portugal, Greece, Italy and Spain, reveals that:

We wanted to consider the current state of the migratory phenomenon and to describe a generation which treasures the achievements of recent history – the freedom of movement, the Erasmus program, the internet and the widespread study of foreign languages. This generation embodies, maybe against its will, the dream of a single European people.

So we figured, why not try to give a voice to these Europeans and point out the limits of the official figures?

The data on migratory flows are anything but exhaustive. The Hellenic Statistical Authority has never recorded Greek emigration flows, meaning Greece witnesses the exodus without knowing its size. The statistical authorities of Spain, Portugal and Italy substantially underestimate their flows due to fragmentary and partial data that does not take into account those who choose not to register abroad.

We decided to create an online questionnaire, available in different languages and promoted by one media in each of the four involved countries. The data obtained through the survey – based on more than 1,200 stories collected from September to December 2014 – tell about the life, the experiences, the desires and the dreams of a European generation.

But most of all, the data show that young migrants from Southern Europe are more than twice the official figure.

There are several reasons why a young migrant from Southern Europe doesn’t register in a new country. For example, to avoid red tape. Or to avoid the burden of an official goodbye to the country of origin.

Or, more pragmatically, not to lose national benefits, such as the health assistance in one’s own country.

Spanish sociologist Amparo González confirms the issue: "To have better data, migrants should be positively motivated, not like in Spain where people who register after three months abroad cannot meet their personal GP anymore."

But, how can we fully understand a phenomenon without knowing its exact size? How can European and national institutions coordinate a support action?

This was not the only knotty problem to solve if we wanted to understand a generation which lives with a suitcaise always at hand. What we needed to understand was how many of these young migrants wanted (or want) to return to their countries, sooner or later.

Their potential return to their homelands can be seen from two different points of view. On one hand, it can be considered an irreversible brain drain, which means an economic loss for the country that trains these young people who then go on to enrich another country’s economy.

On the other hand, it can be seen as a profitable investment, because the country of origin awaits the future return of their migrants, who come back with new experiences, know-how and contacts.

Generation E asked those youngsters whether they wanted to return to their homelands, and their most common answer was: “I wish to go back, but I don’t know when.” The second most chosen answer was an irrefutable “No.”

Then there are the reasons that urge these young Europeans to migrate.

If a job is the most important motivation – think about the very high unemployment rates of the four countries – the other important reasons behind migration are personal ambitions, education, the political situation of the country of origin, sentimental motives or simple curiosity.

The answers show that restlessness is a widespread feature among these young migrants, and that their choice to live abroad is based on more than one motive.

The migration phenomenon characterises the whole South of our continent, with economic and demographic consequences. This is why we chose the four countries that represent Mediterranean Europe.

In 2012 and for the first time since data are collected, Spain registered a negative migratory flow (thanks also to the reduction in the number of arrivals).

Portugal sees 200 young men and women packing and leaving every day. Unfortunately there is no precise data on Greece.

At this point of our project, we can state that ‘Easyjet’, ‘Erasmus’, ‘Exodus’, ‘Expatriation’, and ‘Europe’ are the keywords that characterise this restless generation, surveyed without bias and on the romantic assumption that this motley crew of travellers will lay the foundation of the future European social fabric.

The project was presented to the public at the International Journalism Festival (Perugia, April 2015), during a panel on pan-European journalism and the future of Generation E, but it still goes on, like the uninterrupted flow of the young South-European migrants it portrays.

Credits
Sara Moreira (Portugal) and Katerina Stavroula (Greece) worked at the project together with the two authors of this article. Up to now, the project has collected more than 2,200 stories of young migrants. the publications and the aggregate data are available at the official site and with the hashtag #GenerationE, as it will be for the project’s future developments.

Translated from the Italian by Diana Mengo