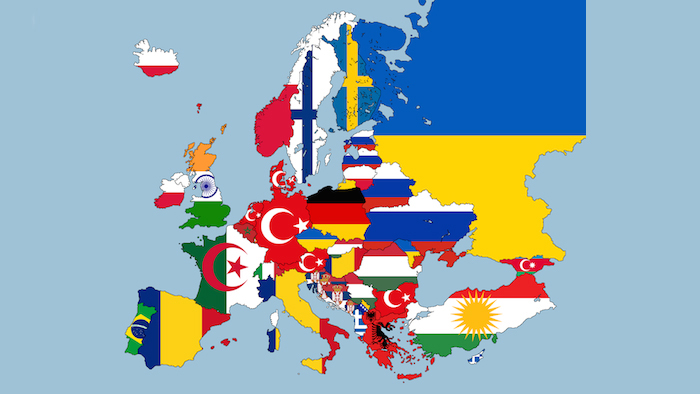 A map of Europe’s major minorities

Which minority is the largest in each European country? A map of Europe with the flags of the second most common nationality in each country was recently shared by former Swedish prime minister Carl Bildt on his Twitter account. The map, originally published on Redditt, indicates that Turks are the most significant minority in terms of countries (five) where they are present in great numbers (Germany, Austria, the Netherlands, Denmark and Bulgaria), followed in joint second by Poles and Russians, as the Bucharest daily Adevărul observes.
It also notes that Romanians are in third place, in large part because of their long-standing presence in Hungary and mass emigration to Spain and Italy. According to Adevărul,

the map shared by the former Swedish PM helps us understand the social tensions that have been on our front pages over the past year.