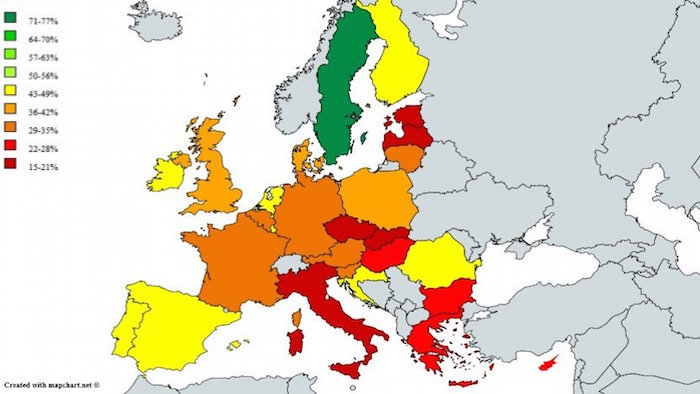 This map, made with Eurostat data gathered by Tableau Public, shows the percentage of public opinion in EU countries that is generally positive towards non-EU immigration. The higher the percentage, the more positive is the population’s opinon.

The map shows that Sweden is the only EU country whose population has a positive opinion towards non-EU immigrants. Sweden granted asylum to almost three times as many refugees per 1,000 inhabitants than Germany, the EU’s biggest asylum provider.