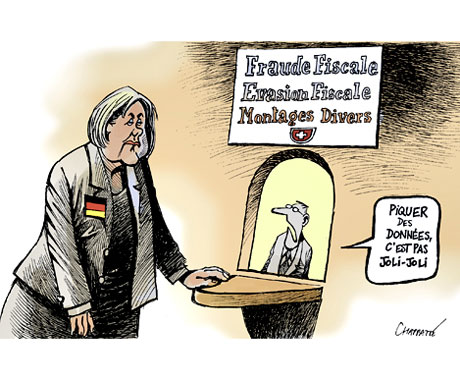 Chancellor Angela Merkel has announced that Germany “must get possession of data” on German suspected of siphoning money off into Swiss bank accounts. This could include paying in order to obtain the list of names stolen by a former computer engineer working at the Swiss branch of British bank HSBC.