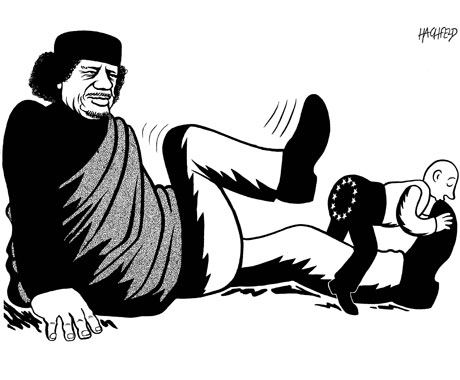 Being firm with Gaddafi

On 27 March, Libya lifted a visa ban on citizens of 25 European countries, after the EU announced that a Swiss-instigated visa blacklist against 188 Libyans in those countries had been scrapped. The entry bar, which would have included Muammar Gaddafi and members of his family, was in reponse to Tripoli's refusal to free two Swiss citizens detained in Libya.