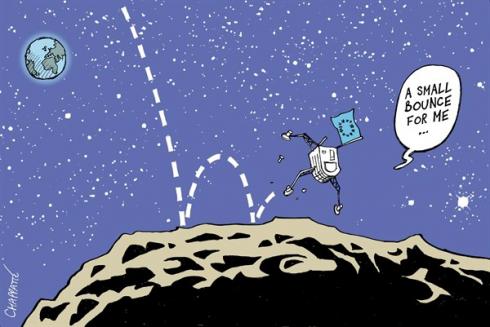 Sent on 12 November on the surface of comet 67P/Churimov-Gerassimenko by space probe Rosetta after a 500-million kilometre journey, the Philae probe bounced several times before coming to rest in the shadow of a cliff. Philae had the time to transmit several images and scientific data before going into hibernation on 15 November, as it did not get enough solar illumination to charge its batteries.