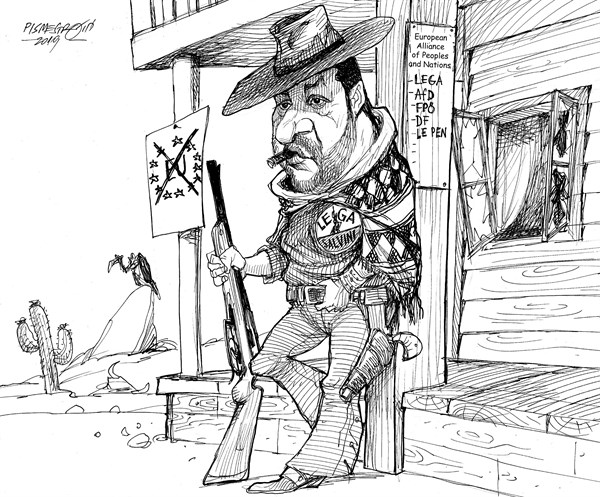 In the run-up to the 23-26 May European elections, Italian Interior Minister Matteo Salvini took the leadership of a nationalist and Eurosceptic alliance lunched last April. The group is made up of parties such as his own, the League, AfD (Alternative für Deutschland), the Austrian party FPÖ, the Danish People's Party and the True Finnish Party. Salvini has been in talks with Marine Le Pen's Rassemblement national, and Hungarian Prime minister Viktor Orbán's Fidesz.