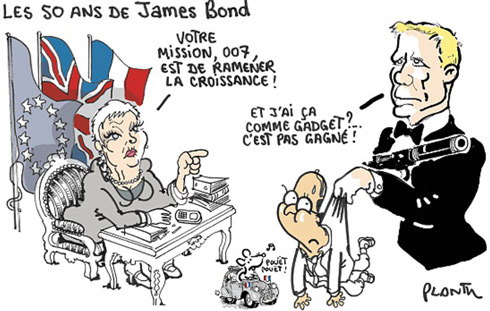 And I've got this as a gadget? This won't be easy.

Dr. No, the first James Bond film, was screened on October 5, 1962. Skyfall, the latest in the world's longest running film franchise, is released on October 26 with Daniel Craig in the role of 007. The crisis in Europe will be part of the scenario.