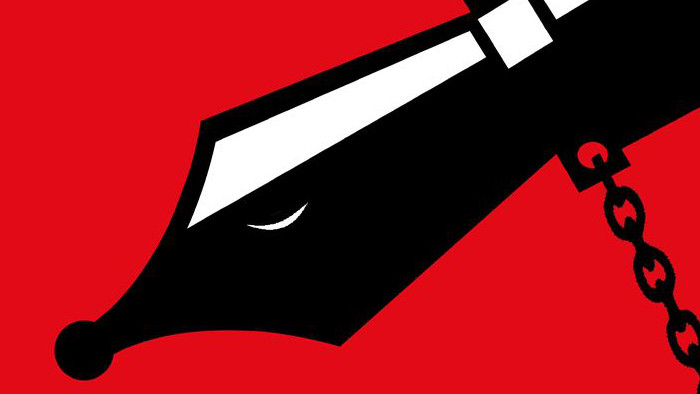 European reporters more and more obstructed in their work

Reporters Without Borders’ 2019 Index shows that journalists’ working conditions in Europe are declining year after year, and that the death of four reporters in two and a half years should sound as a warning signal for those who care about democracy and freedom of the press.

Hatred of journalists has degenerated into violence and contributed to an increase in fear worldwide, including in Europe, Reporters Without Borders (RSF) latest Press Freedom Index shows. As the decline in press freedom has gone hand in hand with the rise of authoritarian governments, RFS asks: “Has a dam burst in Europe?”

The Index, which covers 180 nations, measures countries through series of scores and then calculate the final point from the lowest to the biggest level of constraints or violations. An online map shows the number of countries regarded as ‘safe’ (‘where journalists can work in complete security’).

According to the report, safe countries have been declining since 2013. The EU and Balkans registered the second biggest deterioration (1.7 percent) in its regional score. Among the 40 countries, half of them obtained a worse score or remained the same.

The report states: “Europe continues to be the region where press freedom is respected most and which is, in principle, the safest, but journalists are nonetheless exposed to serious threats.” Significant examples include Malta, Slovakia and Bulgaria, where three journalists were killed. Others are Serbia, where a reporter’s house was set on fire; Italy, after Interior minister and League Party leader Matteo Salvini proposed to withdraw journalist Roberto Saviano’s police protection after his critics towards the government; France, where journalists have been exposed to an unprecedented level of violence during the Yellow Vest protests; Hungary, where officials in Prime minister Viktor Orbán’s party Fidesz refuse to speak to unfriendly journalists; Poland, where the state-owned media has become a mean to spread propaganda.

“We have seen a clear deterioration of the situation over the past few years. Media pluralism and press freedom are clearly backsliding in the EU,” Julie Majerczak, RSF EU representative told us. “Political leaders no longer see the media as an essential component  of any democracy, but as an adversary that they do not hesitate to attack, and that is a very worrying trend.”

Northern Irish journalist Lyra McKee died on 18 April while doing her job. McKee, 29, was shot in the head late on Thursday as dissident republicans clashed with police in the Creggan housing estate in Northern Ireland’s second city, also known as Derry. The New IRA has admitted carrying out the murder and offered “full and sincere apologies” to her family and friends. Although the group didn’t specifically target her as a journalist, better measures are necessary to improve safety.

Majerczak adds: “I am more worried that optimistic, but I hope I’m wrong.”