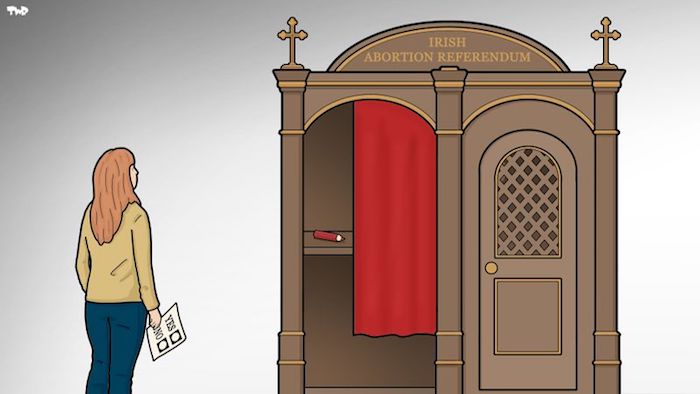 Even where abortion is legal, access is not granted

In several European countries though abortion laws are not necessary when the lack of available gynecologists makes it almost impossible for women to access abortion.

Ireland will hold a referendum on 25 May, asking voters whether they want or not to repeal the so-called Eight amendment to the Irish Constitution, guaranteeing the equal right to life of the unborn and the mother, and prohibiting abortion in almost all cases, making it one of the world’s toughest abortion laws in the world.

But tough law is not always needed to actually restrict access to abortion: in some countries where abortion is legal, women face increasing problems to access it because non-objecting gynecologists are simply not available.

It is the case in Italy, one of the very few countries that keeps a record of the objecting doctors. Free and safe abortions in Italy are legally guaranteed since 1978 - yet over the past 20 years, access to abortion has diminished, with a 12.9 percent increase in the number of doctors who refuse to perform abortions on moral grounds, according to data from the Italian Ministry of Health (from 62.8 percent in 1997, since the data set began, to 70.9 in 2016, the highest percentage ever recorded).

Regional data shows even higher peaks. Throughout the years the worsening situation in the south and the islands has negatively influenced the national trend. Recently even in central Italy, despite good performance in the so-called "red" regions (Tuscany, Emilia Romagna), the negative performance of Lazio (Rome's Region), with 78.8 percent of conscientious objectors in 2016, has decreased women’s access to abortion.

Voluntary abortion is performed only in 60 percent of the country's hospitals. Women often have to travel to other cities and regions, if not abroad, to access a health service guaranteed by the law. Giulia (her name has been changed due to media harassment) risked exceeding the 12-week deadline for a legal abortion because all of the hospitals she tried to access in Veneto, her region, and beyond kept refusing her due to a lack of non-objecting staff: "In situations like that either you react or you bang against a wall and they destroy you. You are already fragile and disoriented, you do not have complete control," she said.

She was given an appointment within the legal limits only after she contacted her trade union, who campaigned for her right to abortion. The case was debated on local media and in the city council in terms that depicted her as irresponsible and egoistical: "It was the confirmation that when you want to mask something that does not work, the best way is to attack and demean other people," she said.

The presence of the Church and a conservative mindset among health ministers on an topic still largely perceived as "taboo" may explain this, but only in part. The issue, according to Rome-based gynecologist Silvana Agatone, is institutionalised discrimination: "The non-objector is seen as a criminal, not like a doctor with a great civil sense. Everyone basks in the fact that since he is a non-objector, they can treat him badly, and nobody helps him."

This was also the verdict of the Council of Europe, the body upholding the European Convention of Human Rights, which for the second time in five years found that "women seeking access to abortion services continue to face substantial difficulties in obtaining access to such services", and that the minority of non-objecting staff (doctors, obstetricians, anaesthetists) "face several types of cumulative disadvantages at work both direct and indirect, in terms of workload, distribution of tasks, career development opportunities.”

"The law has been emptied over the years, and the [Council of Europe's] sentences are as if they were not there, completely unheard," said Loredana Taddei of CGIL, Italy's largest workers' union.

Italian Minister of Health Beatrice Lorenzin said in 2016 that conscientious objection is not so much of an issue, because overall abortions are decreasing. And indeed, they have (dropping by 17% since 2010), largely due to over-the-counter availability of 5-days-after abortion pills since 2015.

But "spontaneous abortion" have been increasing according to data, as well as clandestine abortions. CGIL estimates this at 50,000 per year - the government’s estimate is between 12,000 and 15,000 for Italian women, and between 3,000 and 5,000 for foreigners.

Given that illegal abortion is criminalised with high fines — in 2016 these were raised to up to €10,000 — many women in vulnerable situations fear accessing hospitals after having performed an illegal abortion even when in dire need, risking death. Abortion is more prevalent among migrant women (33 percent of total abortions in 2014).

"They arrive in the emergency room with fevers, incomplete abortions, some already dead. We did not use to see this before, only 5 years ago. And more and more foreigners," said Agatone.

Italy is the only country in Europe collecting data on conscientious objection, but the situation elsewhere leaves much to be desired.

According to research, invoking conscientious objection is granted by law in 21 countries in the EU, as well as Norway and Switzerland. Refusing to perform abortion on moral grounds is not legally granted in the EU member states Sweden, Finland, Bulgaria and the Czech Republic, and Iceland.

“Even in some of those European countries that have legalised abortion on a woman’s request, women still face barriers in access to safe abortion care. A number of member states have failed to adopt adequate regulatory frameworks and enforcement measures to ensure that women can still access legal abortion services in practice when medical professionals refuse care on grounds of conscience,” reads a 2017 report by the Council of Europe.

In Poland, for instance, women“routinely face repeated refusals of care when seeking access to legal abortion services,” reads the report.

“What we see in Poland is that the existing legal framework is not working well in practice. The chilling effect of criminalisation is creating an environment in which care is not accessible,” said Katrine Thomasen, a researcher with the NGO Center for Reproductive Rights.

Proposed changes to the abortion law, which is already one of the most restrictive in Europe by allowing women to interrupt pregnancy only in case of rape, to save the mother’s life or if the foetus shows prenatal defects, seek to make abortion illegal even when scans show prenatal defects.

In Hungary, a constitutional reform in 2011 protects life from the moment of conception. In 2013 the country was slammed by the Council of Europe for restricting access to abortion, which given the rising incidence of conscientious objection and stigmatization of abortion, required the  Hungarian government to make sure that even if conscientious objection is allowed, women should be referred to practicing doctors, and that no hospital can have a no-abortion policy.

“We hear concerns in several European countries about the practice of refusal of care and the failure of states to ensure that abortion services are accessible in practice,” said Thomasen. “This is really the key concern.”