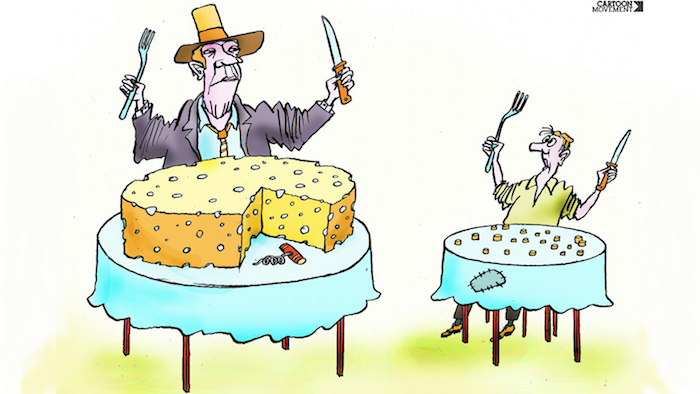 “Favouritism is first and foremost a moral problem”

As a report on corruption points out, public jobs are preferentially awarded to people linked to the ruling SMER party, something Slovakia shares with other former Communist countries, says Slovak expert Filip Kostelka.

A recent report on public integrity and trust in Europe by the Hertie School of Governance (ERCAS) in Berlin, commissioned by the Dutch presidency of the Council of the EU, highlights what it calls “one of the most widely publicly recognised breaches of government integrity.”

Slovak media, the report notes, has published evidence “that public jobs are preferentially awarded to people connected to the ruling party.” The case in question happened in Zvolen in 2013, “but it strikes a familiar chord in all new member countries” such as Greece and Southern Italy, ERCAS writes.

The revelations come as Slovak citizens’ trust in their national government and parliament declined by 19 and 12 percent respectively since 2008, to 29 percent, according to the Hertie School of Governance’s report. But over the same period, trust in political parties grew by 3 percent to 19 percent.

The report claims the Slovak weekly Pluska published evidence that “job applications had been marked with notes saying which person or institution had recommended particular candidates.” Among the most frequently cited names was the local Member of Parliament for the governing Smer–SD party (Smer). Some letters of application carried footnotes detailing the applicant’s membership in the “regional club of the Smer party”, the report says.

According to a survey quoted in the report, 89 percent of Slovakians believe connections and bribery are often the easiest way to obtain public services. 92 percent say corruption is widespread in the country, though only 30 percent perceive civil servants as corrupt, while 49 percent say politicians are corrupt.

“It seems the scheme worked,” the ERCAS report reads, “and all those who had their applications endorsed had been given a job.” It adds, “The case provides yet another example of the many ways in which public trust is influenced by failures of integrity in new EU member states.”

We put the report to Filip Kostelka, a researcher at the Chair for electoral studies at the University of Montreal, as well as an associate fellow at the centre for European studies at Sciences-Po, Paris.

VoxEurop – What is your opinion on these findings? How can you explain this favouritism?

Filip Kostelka – I think that the situation described here really happened. Even if this is probably an extreme case, similar things – though less obvious – can exist in other city halls and other Slovak public agencies. In Slovakia, favouritism developed especially after the independence in the 1990s. At this crucial time, when the governing mechanisms for the new administrative and political system were installed, the country was governed by Prime Minister Vladimir Meciar. Meciar had a tendency towards authoritarianism and favouritism [in the sense of “patronage”: the ability of political parties to distribute public-sector jobs], after a purge, it was one of the tools he used to expand his influence and to stay in power. After he left in 1998, the following governments did not manage, and often did not want to de-politicize public services in spite of pressure from the European Union.

Do you think that this type of corruption is specific to Slovakia or it is common to all Central and Eastern European countries?

In Slovakia, the Meciar years were particularly damaging. They were an additional problem alongside others shared by post-Communist countries. First off, the moral and behavioural legacy of the Communist era. Under Communism, connections and a ‘good’ political profile were necessary to access the best jobs. Second, post-Communist countries are comparably young democracies, in which favouritism is a fundamental resource to build political parties on a local level.

To give an example: this phenomenon was extremely important in Austria in the decades after WW2. Today, it is very common in Latin America. The post-Communist political parties’ preference for favouritism is also reinforced by their difficulty in finding members, given today we are seeing political engagement discredited, the decline of ideologies, growing individualisation, and general citizen disenchantment with politics. But even if favouritism is, for obvious reasons, extremely difficult to measure, the information we have available suggests there is a significant variation between the countries of central and eastern Europe.

These differences can be explained among other factors by the differences in the evolution of party politics as well as by a long-term cultural and bureaucratic heritage. Favouritism might be less present in Estonia, Slovenia and the Czech Republic, but more widespread in Romania and Bulgaria. But there are also differences within each country (local, national, …).

Can we hope for an honest and clean Slovak EU presidency if even the people who are expected to work for it might not have been chosen for their integrity and competence?

Personally I believe that favouritism is first and foremost a moral problem, and only after that a problem of effectiveness. People who benefit from it are not always incompetent. For jobs with high responsibilities and given the national stakes of the presidency of the EU, it is not in the interest of political parties to name people without any of the required skills.

Additionally, and especially at the very high levels of the government, favouritism isn’t unusual even in western Europe, even less so in southern Europe. I am confident that, given the small size of the country and the difficult context of Brexit, Slovak authorities are as prepared as possible for the semester to come.

Filip Kostelka is a researcher at the Chair for Electoral Studies at the University of Montreal, as well as an associate fellow at the Centre for European studies at Sciences-Po, Paris.