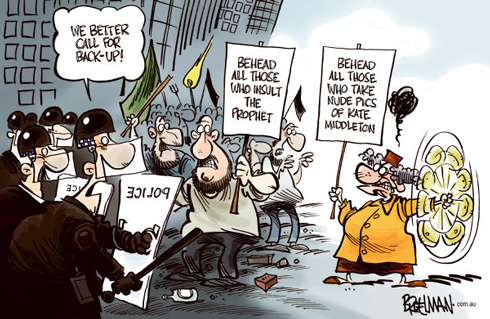 Protests against the anti-Islam film "The innocence of Muslims" have spread throughout Europe. Meanwhile, the British royal couple's lawyers have filed a complaint against the French celebrity magazine Closer and the Irish tabloid The Irish Daily Star for publishing photos of topless Kate Middleton. In Italy, the magazine Chi, which belongs to the Mondadori Group, announced that it would publish these pictures, despite the threat of lawsuits.