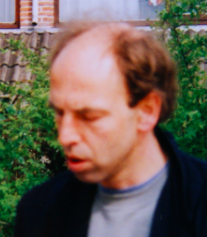 Dutch cartoonist Jos Collignon (b. 1950) studied law before changing course to embark on a career in journalism. In 1977 he became the higher education correspondent for the Dutch daily, Volkskrant. A short time later, he began to produce drawings for NRC Handelsblad. However, in November 1980, he left the Rotterdam newspaper to take on a new position as the cartoonist for the opinion pages of Volkskrant. Today, his work is featured in a wide range of magazines, books, websites, and brochures. In January 2010, he received the Dutch cartoonist association’s award for the best political drawing.