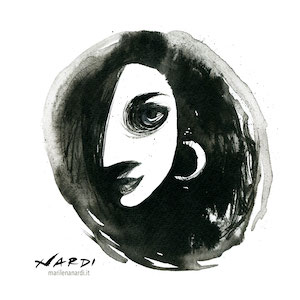 Marilena Nardi (1966) is an Italian press cartoonist. A sculptor by training, she has won several awards for her drawings, including the World Press Cartoon. She works or has worked with several publications, among which Diario, Corriere della Sera, L’Antitempo, Il Fatto Quotidiano, SinéMadame, Left, Espoir, Zélium and Domani. Marilena is a member of Cartooning for Peace, United Sketches, France Cartoon and Cartoon Movement, and of the advisory board of the Librexpression/Libex centre.