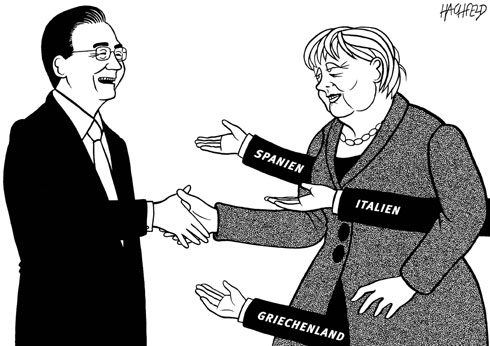 On her second visit of the year to China, on August 29-30, Angela Merkel is taking with her a delegation of German business leaders in an effort to help sign several commercial contracts between the two countries. But the German Chancellor should also encourage Beijing to ink some deals with Greece and Spain, as well as to boost Chinese investment in EU countries.