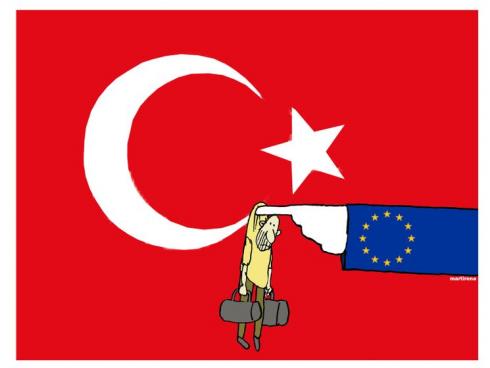 The European Union began sending back migrants on 4 April under the readmission agreement signed in mid-March with Turkey. Authorities say 202 people left the Greek islands of Lesvos and Chios on three boats to Turkey. Some 700 Greek policemen and fellow officers from other European countries were involved in the operations.

Authorities in Greece have now temporarily suspended deportations to Turkey, as most of the 3,000 migrants and refugees detained on Greek islands have appealed for asylum.