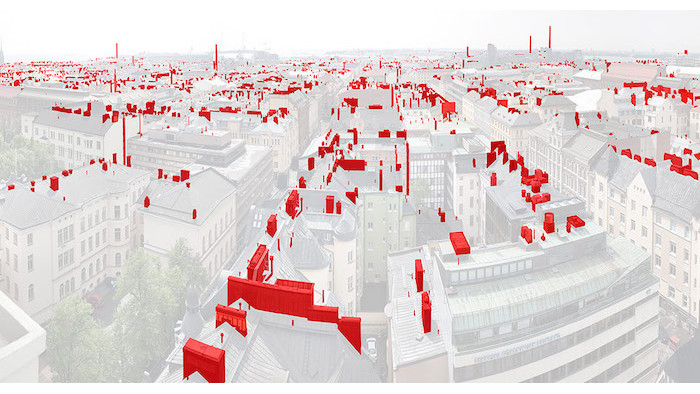 Support for the EU is solid in Finland. Less than one fifth of Finns want to close the borders, or dismiss climate change as an unnecessary fuss.

On 14 April 2019, national parliamentary elections were held in Finland, on the basis of which a new majority government is being negotiated. For this reason, the European Parliament elections on 26 May have been overshadowed by national politics.

This is nothing new, but the phenomenon becomes all the more apparent when both elections take place in such close proximity. Traditionally, Finns have voted lazily in EU elections. In 2014, only 41 per cent of Finns voted in the European elections, while 72.1 percent of Finns voted in this year's domestic parliamentary elections. According to Finnish National Broadcasting Company YLE, if Finland was to hold a referendum concerning the EU, 68 percent of the population would support our membership and only 14 percent would oppose it.

In this year’s European election campaign, two key themes that have emerged in Finland are combating climate change and finding a solution to the next possible migration crisis. On both of these issues, the majority of Finnish parties and their supporters are relatively close to one another. However, there is heated debate around how to achieve these goals, both economically and socially.

In recent months there has been debate in Finland concerning new wood processing plants which are currently being planned for the Finnish midlands. The plants will require a record amount of wood as raw material. Forests, which are called “green gold” in Finland, have traditionally been regarded as the cornerstone of the country’s export industry and overall prosperity. However, the carbon dioxide limits necessary to curb the warming of the atmosphere are proving a problem for the Finnish forest industry.

The parties currently in government negotiations are seeking a compromise through which both the climate and the industry are treated fairly.

Another important theme in the climate debate has also been the question of how quickly Finland should transition from petrol and diesel-fuelled cars to electric cars. Finland is a country of long distances, and private cars are often a necessity, especially outside the cities. Electric cars are still expensive, and fast charging outlets are rare, and concentrated in residential areas.

On the issue of migration, most Finnish parties consider it sensible to strengthen the common immigration policy of the European Union, and show solidarity in crisis situations, as was the case when the crisis peaked in 2015. At the same time, Finns support the idea that refugees should apply for international protection before trying to reach the EU. There is also support for increasing access to legal immigration into Europe.

Only the nationalist-conservative Finns Party, formerly True Finns, stands apart from the mainstream: they claim that it’s an unnecessary fuss to talk about climate change, and that the country's borders should be closed to all humanitarian immigration. The Finns Party came second in April’s parliamentary elections, just 0.2 points behind the winning Social Democratic Party: 17.5 percent against 17.7 percent. In polls conducted after the elections, the Finns Party have already become the most popular party in Finland.

The Finns Party were left out of government negotiations because its attitude towards human rights, among other things, is very different from that of other Finnish parties. According to a recent poll, 58 percent of The Finns Party supporters hold a negative opinion of Finnish membership in the EU.

The Finns Party’s Youth Organization claim that people who are not able to prove that their roots stretch back to Finland’s own “prehistoric era” (the 12th Century) should not be accepted as Finns. In their opinion, the bilingual six percent in Finland who speak Swedish as their mother tongue should not be accepted as Finns, regardless of how long their families have been living in Finland. As reported by historians, the criteria set by the youth organization are so tight that it is unlikely that even one of its own members would qualify as a Finn. The Independent Republic of Finland was found 1918, and before that it was part of the Russian Empire from 1809, following at least six hundred years as a part of the Kingdom of Sweden. But they tend to forget that.