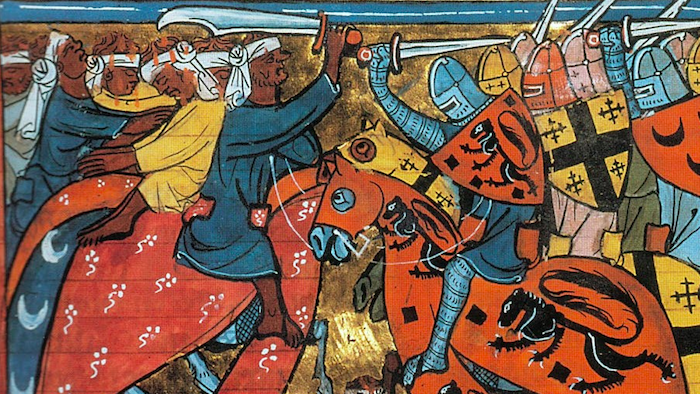 Islamic State wants Europe to go to war with Islam

The latest attacks in France and in Germany are part of IS's strategy to provoke an anti-Muslim backlash in European countries, so as to radicalise more European Muslims. And European leaders’ warmongering rethoric is helping it.

"Our country is at war," said French President Francois Hollande on 26 July, after a priest was murdered near Rouen in front of his congregation by two attackers who claimed to be serving Islamic State (IS). It's the sort of thing leaders feel compelled to say at times like this, but it does send the wrong message.

French aircraft are already bombing IS forces in Syria, so you could call that a sort of war. But that was not what Hollande was talking about. He was saying France is somehow at war at home, and went on to say "Our democracy is the target, and it will be our shield. Let us stand together. We will win this war."

The French certainly need encouragement, because they are still in shock after the slaughter of 84 people by a truck-driving Islamist terrorist in Nice. But the words are wrong, because if the French are at war at home, then who are they at war with? The obvious answer is French Muslims. Which is, of course, precisely the conclusion Islamic State wants the French people to reach.

I'm not saying the two deluded Muslim teens who carried out the attack — both born in France — were aware of the strategy behind ISIS's terrorist campaign in Europe.

But men who set IS policy and control the Islamist websites that urge young European Muslims to commit these terrible acts know what they want. In France, they want to stimulate anti-Muslim hatred, turn the majority against this under-privileged minority, and ensure victory of Marine Le Pen, the leader of the neo-fascist, anti-Muslim, anti-immigrant National Front, in next year's presidential election.

If the terrorist attacks radicalise Christian and post-Christian French people and lead to widespread anti-Muslim violence, Le Pen might even become France's next president.
Islamic State's strategy in Germany is the same, although the country is less fertile ground for Islamist extremism: relatively few of Germany's Muslims are Arabs, and IS is an Arab organisation.

The axe-wielding Afghan youth on a train near Würzburg who wounded five people July 18, and the failed Syrian asylum seeker who blew himself up outside a music festival and injured 15 other people in Ansbach on 24 July, both proclaimed their loyalty to Islamic State.

But the 18-year-old German youth of Iranian extraction who murdered nine people in Munich on 22 July all but one in their teens, was a psychologically troubled youth obsessed with school shootings and Norwegian mass murderer Anders Breivik. The Syrian asylum-seeker who murdered a Polish woman in Reutlingen on 24 July with a kebab knife knew the victim, and police said it was probably a "crime of passion".

However, both those men were also Muslims, so in the mind of many Germans there has just been a wave of murderous Islamist terrorism.
Why does Islamic State want an anti-Muslim backlash in European countries? Because it will radicalise more European Muslims, and may bring to power populist leaders who want to "wage war on Islam".

Islamic State's ideology claims the whole Muslim world is under attack by the evil West, and only IS can defend it successfully. Only if its real target audience in the Arab world believes that lie can IS hope to gain support, and perhaps ultimately political power, in the Arab countries.

That's why Francois Hollande was wrong to say France is at war at home. Words matter, and he's playing into the terrorists' hands.

It's why the U.S. can expect to see Islamist attacks in October. They wouldn't have to be big to drive millions into the arms of Donald Trump, and nothing could please ISIS more than Trump as president.