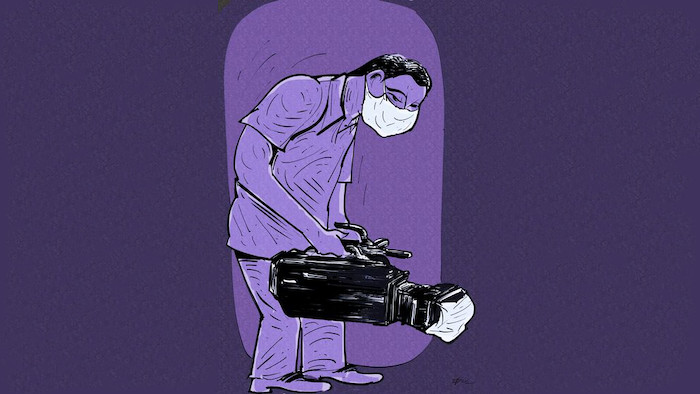 The latest Press Freedom Index released by Reporters Without Borders highlights yet again the risks journalists face worldwide. Coronavirus is only the latest threat to a profession already under fire even in relatively safe Europe.

The coronavirus pandemic is “an exacerbating factor” when it comes to understanding the variables that negatively affect press freedom across the globe, said the secretary-general of Reporters Without Borders (RSF), Christophe Deloire.

On 21 April, Deloire presented the results of the latest Press Freedom Index (2020) based on 2019-data. Published on a yearly basis since 2002, provides a worldwide ranking, as well as thorough regional analyses, relative to the state of the freedom of the press.

Europe continues to be a rather welcoming spot for journalists if compared to other regions of the world, as five European countries top the ranking. Meanwhile, “the Middle East and North Africa continue to be the world’s most dangerous region for journalists”, the report says. However, over time, Europe’s average score has been declining, as the following chart shows.

Looking closer at the evolution of individual European countries, it is notable that Poland, Estonia, Serbia and Belgium – countries that do not share neither geographical nor institutional features are those where the RSF’s experts see, compared to 2019, a relatively more significant worsening of conditions for journalists.

More generally, the analysis underscores that the journalistic profession will have to face several threats over the next decade. More specifically, the report points out five types of crises: geopolitical, technological, democratic, economic and of societal (i.e. media trust by citizens).

The Ngo reminds that although “press freedom is high on the agenda of the new European Commission […], Europe was shaken by a series of serious abuses, including murder, carried out against journalists”, and it is therefore “time for it to focus on the battle for press freedom”. For this reason, RSF “welcomes the action plan announced by the European Commission Vice-President for Values and Transparency, Věra Jourová, which provides for strengthening media freedom, making social networks more accountable and protecting the democratic process”.

However, RSF adds, “it is regrettable that the EU enlargement portfolio, crucial for integrating the countries of the Western Balkans, was attributed to the commissioner from Hungary, one of the EU’s most repressive governments.” Hungary ranks as the less performing country within the EU according to RSF, with the exception of Bulgaria, and has registered a steep decrease of its ranking in the latest years.

How is the Press Freedom Index calculated

The World Press Freedom Index measures the level of media freedom in 180 countries and territories. It assesses the level of pluralism, media independence, the environment for the media and self-censorship, the legal framework, transparency, and the quality of infrastructure that supports the production of news and information. It does not evaluate government policy. The global indicator and the regional indicators are calculated on the basis of the scores registered for each country. These country scores are calculated from responses to a questionnaire in 20 languages that is completed by experts throughout the world, supported by a qualitative analysis. The scores measure constraints and violations, so the higher the score, the worse the situation. Growing awareness of the Index has made it an extremely useful advocacy tool.

Categories
Politics and democracySocietyThe media and freedom of informationEuropeEuropean Union