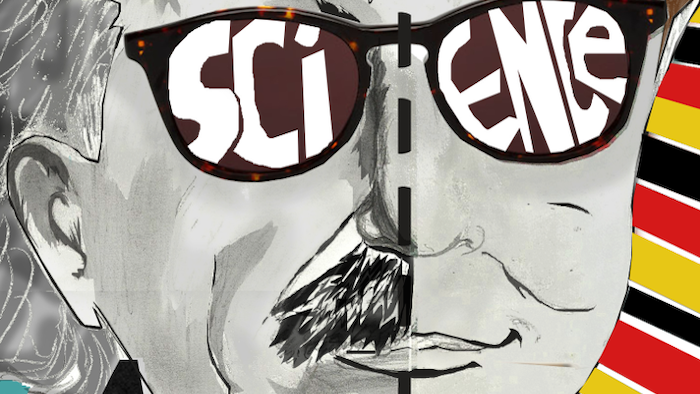 To popularize science, students at the Franco-German high school in Freiburg im Breisgau launched the "DupleX evenings". In this article, they invite fellow students from all over Europe to tackle the issue of climate change the same way, in order to "become climate actors".

Detail from the "DupleX evenings" board.

To the youth of Europe,

We have heard your anger. We have seen your dedication and your actions in favor of the climate. Here, in Freiburg im Breisgau (Germany), our youth goes out into the streets on Fridays as well!

However, protests are just the beginning. There are numerous innovative, scientific solutions to fight climate change. It is our responsibility to find, understand them and spread the word! We have got to share our ideas and our knowledge because they represent the key to our success in this challenge concerning all of us! It is time to act! Ailleurs Ici Partout... All over the world and in numerous languages.

Let’s get together in our schools, so we can get the school community, the citizens and the politicians to listen.

For several years now, we at the Franco-German School in Freiburg have been developing an interesting concept in order to spread scientific ideas. Students lead us in an entertaining and scientific evening known as “DupleX”.

The idea of this event is based on “Science Slams” hosted at German universities where different talks about scientific topics or ideas are given in under ten minutes. As we know from “Poetry Slams” the audience then decides which presentation they consider the best.

The French expression “LA SOIRÉE DUPLEX” is an anagram for “RELIA DEUX PÔLES”, which translated in English as: “connecting two poles”.

As part of Freiburg’s anniversary in 2020, there will be a common topic for all candidates of the “DupleX” evening: City and Science - How can we improve our quality of life?

Of course at this point, the scientific approach is no longer sufficient alone. We are now looking for a more holistic approach to improve our quality of life in the city.
What about you? What could the next topic of your school “DupleX” be? The organization gets a lot easier when you mobilize everyone: parents, nearby schools, creating posters in class, interdisciplinary work etc.

"I am talking about freedom.
Who is going to persuade us in the end?
Nobody will fear tomorrow.
Hope does not create dust.
Nothing is in vain..."

Let’s take matters into our own hands!
Let’s act together!
Now!