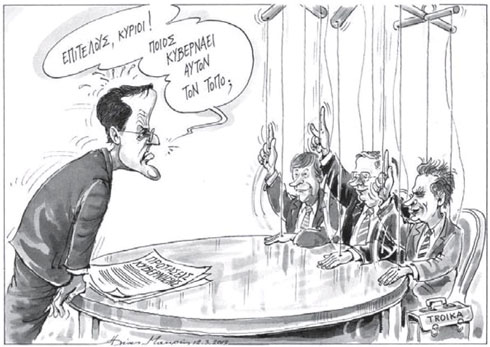 On the sheet: “Government proposals”

For goodness sake, who is in charge here?

Already postponed last week, the meeting between Greek Prime Minister Antonis Samaras and the Delegation of the representatives of the EU-ECB-IMF Troika has again been delayed again.

Points of contention between the government and Greece’s creditors include the number of job cuts among civil servants, proposals to reduce the level of VAT for restaurants (refused by the troika) and the collection of property tax and social contributions, which the government is seeking to ease.