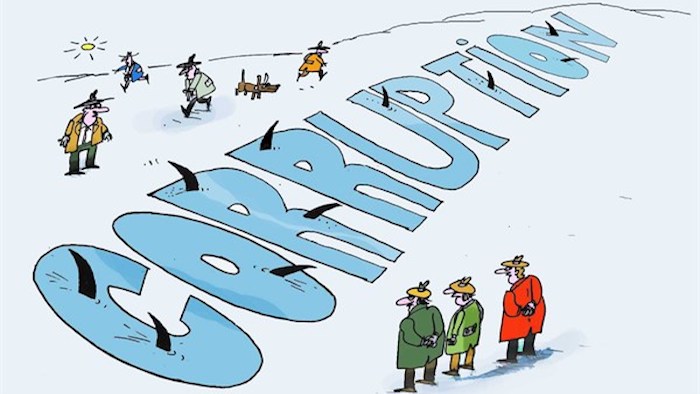 New tools at the service of civil society

Presented recently at the the European Parliament, the Digiwhist platform is based on open data. Its tools allow users to navigate the world of European public tenders, and discover where corruption lurks.

While EU countries are globally rather less corrupt than the average nation, public authorities are not always models of transparency and probity. Indeed, according to a study by the Rand Corporation, corruption in public tendering processes costs member states 5.3 million euro every year.

Among other things, this can be seen in the deliberate exclusion of certain companies from tendering process so that only one contender remains, or appointing the shortest possible deadlines for participation. “Corruption is a black hole at the heart of the European economy”, stated Carl Dolan, director of Transparency International Europe, during a presentation to the European Parliament of European projects aiming to help uncover instances of corruption. Dolan added that “if society notices that the process of awarding contracts is rigged, they can give up on participating, and its the citizens who lose out, because these processes are not competitive.”

Dolan also added that “in the last 20 years, the ‘hardware’ of anti-corruption has been set up”, referring to the legal tools, “now is the time to invest in human capital, starting with civil society. However, civil society is under new and growing constraints and restrictions all over Europe. We also need to support and protect whistleblowers. Those who, from within, denounce embezzlement from businesses and public entities need legal protection and incentives to come out. We also need tools that allow us to follow the flow of money, to recognise who really runs the companies which participate in tendering processes, and legislation that would require governments to collect and share data on public procurements”.

Making things easier for those who want to scrutinise such tendering processes is Digiwhist, a European project which aims to collect, organise and render more accessible data on public contracts from 35 European countries (the 28 EU member states, plus Norway, Switzerland, Iceland, Serbia, Georgia, Armenia and European institutions). The members of Digiwhist – a consortium formed of six European research institutes – presented their project, conceived as part of the Horizon 2020 program, during a conference of the European Parliament in Brussels. The aim of Digiwhist is twofold: firstly, it wants to provide MEPs, journalists and civil society activists with tools which allow them to trace the route of public finances by using the immense quantity of data that public administrations make available (so called Big Data); secondly, those same administrations can use Digiwhist to improve their operations and refine their anti-corruption tools.

At the same event, green MEP Benedek Jávor (GUE/NGL, Hungary) recalled that “every year 120 billion euro is lost to corruption all over the EU. That’s not much lower than the EU budget”. “[Digiwhist’s] aim is to identify systemic vulnerabilities in respective legislations, and their implementation and, indirectly, to help governments and the European Commission to improve legislation and monitoring mechanisms. To improve the trust of citizens in democratic institutions across Europe”.

EuroPAM and Open Tender, the tools developed by Digwhist, provide “an overview of the massive “state capture – the placing of private interests before public, protected by the state – not only in traditionally corrupt countries, but also within the EU”, MEP Ana Gomes (S&D, Portugal) said, adding that “even when cases [of corruption] are very clear, national authorities do nothing. At the EU level, authorities acknowledge there is a case, nationally, they simply do nothing – even the judiciary. Commercial registers are public, as are registers of public procurements. The issue is rather that the registers or the procedures are confusing on purpose. Added to this is the fact that companies and governments invoke privacy rules in order to keep data such as social security numbers and addresses of tender beneficiaries private. Such cases should not be covered by the rules on privacy. We should be prepared to fight that battle. Often, data protection is not a good argument”

“The cost of corruption is the difference between the market price of a product – highway, goods, whatever – and its actual price.”, argued independent MEP Monica Macovei (ECR, Romania): “and this price is paid by the citizens. There is no will in many countries to use those tools to fight corruption, but we want journalists and civil society to use them. And this is why we want to set up an European Public Procuror”.

Availability of precise, trustworthy and easily accessible data on public tenders is not, however, a foregone conclusion. As the British sociologist Ella McPherson, also a member of Digiwhist, has explained, “between one country and another there is an extraordinary variation in practices: the 17 million tender contracts concluded between 2009 and 2017 that we have monitored represent between 3 and 9 percent of the annual GDP of the countries concerned, while the estimates indicate that public tenders constitute between 12 and 13 percent of the annual GDP of the EU member states on average.” Because of this, McPherson adds, “we are fighting for open data– putting at the disposal of the public all the data in the possession of public administration – and because governments provide better quality data, whether from the quantitative or the qualitative point of view.” “It’s not impossible”, added Gavin Hayman, director of Open Contracting Partnership, another partner of Digiwhist: “the ONGs are able to do it. It’s a matter of mapping the tenders and sharing them. Open data could bring revolutionary systemic changes.”

The availability of rich, trustworthy and accessible data is also fundamental for data journalists, argued Frederich Lindenberg, from the Organised Crime and Corruption Reporting Project (OCCRP), a platform for investigative journalists focused on organised crime and corruption in Europe: “Unfortunately, it is truly difficult to obtain data on public tenders. To the point that we are often forced to create our own databases by ourselves. Projects like Digiwhist allow the gap to be bridged between those like us who investigate the use of public funds, and the authorities, who could benefit from our investigations into the fight against corruption. In the end, our methodology is simple: follow the money. But for this it needs to be known who the money belongs to, then have access to up to date and consistent records, for example on who owns a company. We can get this easily from the Russian Federation. Who knows why it’s practically impossible in Europe!”

“With regard to corruption in tenders, there are many surprises and the most apparently virtuous countries aren’t always as virtuous as they seem: the company which paid the highest fines for kickbacks is a Swedish company”, explained Alina Mungiu-Pippidi, of the Hertie School of Governance in Berlin, also part of Digiwhist. For this expert in corruption, “accessing data on tenders is fundamental. As researchers who work with journalists and the representatives of civil society, we’re ready to lend a hand with training and support for navigating the sea of available (and not available) data to those who are interested. In the meantime, there needs to be a genuine European policy on tenders, because acting ex post, after the corruption has occurred, is too late.”

A report on corrution in the EU

In September 2017 the European Parliament published a report on “Corruption in the European Union”. The countries studied were Finland, the UK, France, Germany, Italy, Croatia, Romania and Bulgaria. Placed under scrutiny were the level of corruption perceived by citizens, the judicial, institutional and political framework, as well as the best practices enacted at the national, regional and local level. In December of the same year the European Parliament Committee on Civil Liberties put to work a group for monitoring the situation of rule of law in the EU, with particular focus on the corruption of freedom of information, after the murder of anti-corruption journalists Daphne Caruana Galizia in Malta and Ján Kuciak in Slovakia. Led by Sophia in ‘t Veld (ALDE, Netherlands), its mandate should conclude on December 31st this year. Also taking part are MEPs Roberta Metsola (EPP, MT), Josef Weidenholzer (S&D, AT), Anders Primdahl Vistisen (ECR, DK), Judith Sargentini (Greens, NL), Barbara Spinelli (GUE, IT) and Laura Ferrara (EFDD, IT).