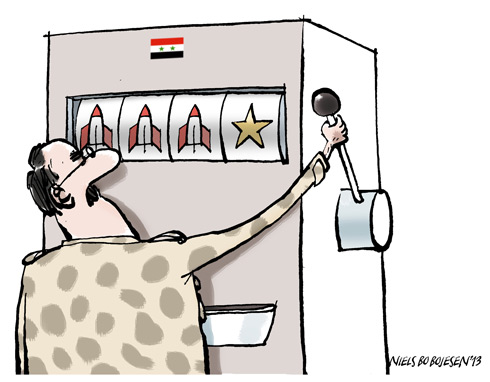 No arms for Syria

The Chief of Staff of the Free Syrian Army (FSA) addressed the European Parliament in Brussels on March 6, requesting European countries lift a weapons embargo and provide heavy weapons and ammunition to the rebels fighting the government of Bashar al-Assad.

Last month, the EU’s foreign affairs ministers refused to lift an embargo on arms sales to Syria, but agreed to send non-lethal and technical assistance to protect civilians.