Voxeurop community Ukraine invasion | Conference on the future of Europe 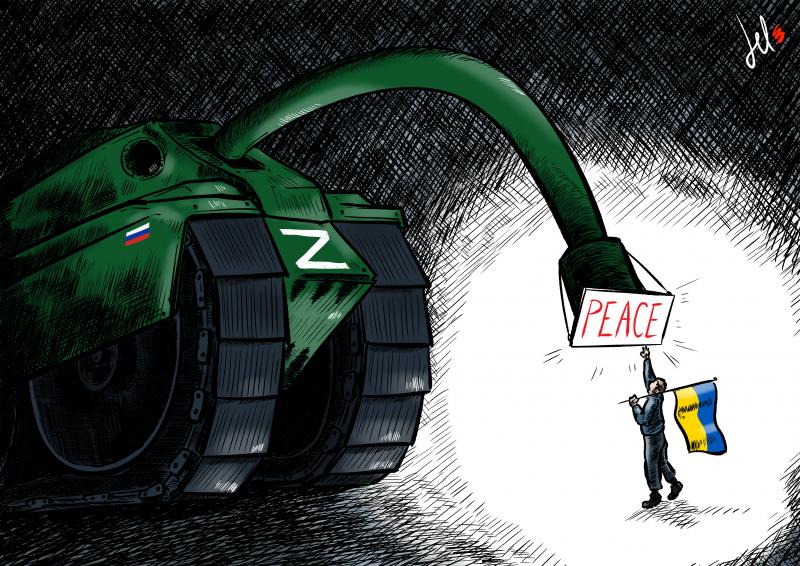 Voxeurop community Ukraine invasion | Conference on the future of Europe

No to war, time for a new Founding pact for Europe

In this open letter CIVICO Europa asks EU leaders to keep up with the citizen’s expectations such as they came out from the Conference on the future of Europe. The war in Ukraine has made clear that Europe must guarantee peace, stability and respect of its fundamental values in all the neighbouring countries.

On 24 February 2022, with the invasion of Ukraine by Russia, Europe entered a new phase in History.

To the horror provoked by this war, with its destruction and deaths, the Union has timely reacted with strength, firmly condemning the military aggression and implementing the broadest package of sanctions ever established against Russia, also reaffirming its solidarity and support for Ukraine, doing everything possible to defend it and organising an effective plan of military and humanitarian assistance.

We express our support for the actions and decisions taken by the Union and the entire international community in these difficult times, reiterating our call for an immediate end to the clashes, the security of the humanitarian corridors and the opening of negotiations of peace.

We also ask that the Union plays a leading role in the reconstruction of Ukraine, devastated by the  dramatic humanitarian and economic consequences of the war and the loss of such an important part of its cultural heritage.

In this context, the Union must do everything possible to guarantee peace, stability and respect of its fundamental values in all the neighbouring countries of its territory and, while speeding up the accession procedures under way with the West Balkans, must undertake to consider the candidacies recently presented as part of a new strategy of integration and strengthening of its governance.

Our deep concern for the sudden instability in the world is accompanied by fear for the evident fragility of our security and defence systems as well as our fundamental values ​​based on peace, democracy, rule of law, solidarity and mutual recognition.

This war on the European continent erases all our certainties and illusions about the non-reiteration of the horrors of the 20th century and forces us to a profound revision of our political and institutional organisation.

As recently underlined by several European personalities, "History imposes on us a new constituent moment..."

Indeed, this moment has come with unprecedented force and urgency.

During the Covid19 crisis, the Union made a first leap of solidarity. Now it is a leap of citizenship that is needed, opening the way to a reappropriation of the European project by the citizens, to allow the Union to enter a truly democratic phase, a political Union, the only one capable of guaranteeing its lasting reinforcement in time.

Facing the great autocratic powers, the Union must assert itself as the first great citizen power in history, with the strength of everything that Europeans have already built together.

Time is ticking. The challenges we face are getting more and more complex and dangerous every day. The demand of Europe never ceases to grow. Let’s be up to those expectations!

It is this strength and this ambition which today push us towards a true political integration where the differences between the member states, the contradictions between the community and the intergovernmental methods, the impasses resulting from the unanimous vote, the lack of skills in the most critical areas, the citizens' distrust of a project which they feel excluded from, will finally fade.

Citizens expect Europe to protect them and lead strong action, legitimised by a clear legal basis and supported by effective tools.

The time has therefore come to establish a new Founding Pact of the Union, through a substantial modification of the Lisbon Treaty.

A Pact which finally makes it possible to achieve the Union of defence, energy, health, economy, work, social, education, culture.

A Pact that guarantees the active participation of all Europeans, finally actors of their common destiny.

A Pact that reinforces the democratic nature of the Institutions and their working method, reaffirming the attachment to the values ​​of the Union such as peace, democracy, justice, solidarity and respect for the rule of law.

A year ago, the Union launched the Conference on the Future of Europe – the first concrete initiative for listening and dialoguing with all of European civil society.

However, the war risks marginalising, or even cancelling, all the efforts behind this unique exercise in the history of the Union, if we are not able to review its objectives as well as its timetable.

More : The war in Ukraine and Vladimir Putin’s imperial project

The Conference is now de facto the ideal forum in which to launch, at the meeting on 9 May – Europe Day –, the revision of the Treaty and the development of a new Founding Pact.

Time is ticking. The challenges we face are getting more and more complex and dangerous every day. The demand of Europe never ceases to grow. Let's be up to those expectations!

In February 1984 a group of French intellectuals, including Edgar Morin, launched an appeal on Le Monde with the provocative title: “Does it take a Third World War to create the United States of Europe?”

The answer, after almost 40 years, is definitely NO.

Yes to a European Union that is a truly democratic, political and citizens’ one!